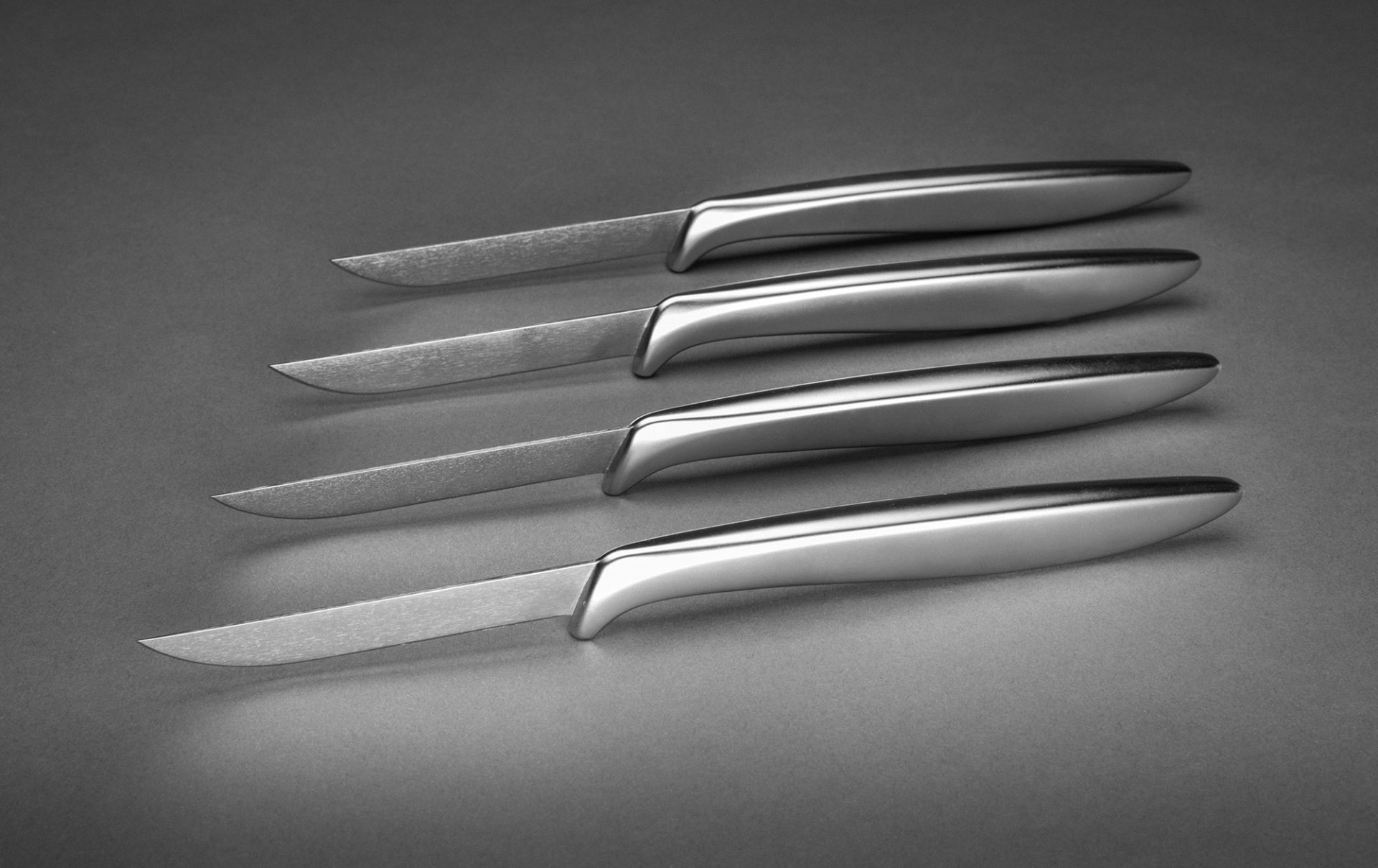 The Liliane and David M. Stewart Program for Modern Design, 2014.10

These sleek steak knives were compared in a MoMA exhibition catalogue to a Constantin Brancusi sculpture: “The love of perfect shapes which Brancusi lavished on his Bird in Flight echoes softly but clearly in the molded knife handle and in the knife’s proportion.” The effort to raise well-designed everyday objects to the level of fine arts stems from the Arts and Crafts Movement in the early twentieth century, which advocated eliminating the meaningful distinction between art and craft.

These knives were also low cost, available at retail stores when they were introduced for under $10. The manufacturer named these knives Miming after a character in Norse mythology.