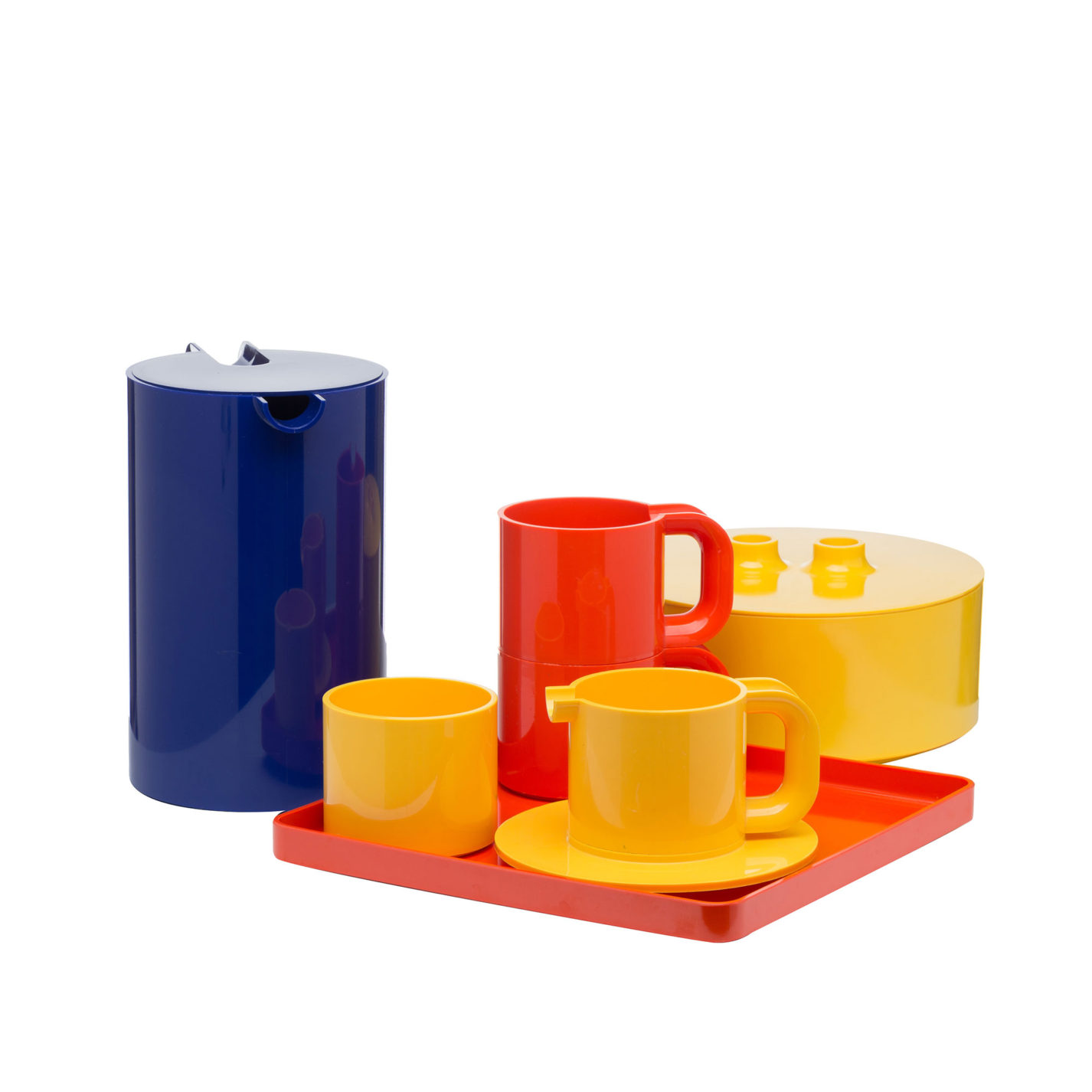 Originally produced in Italy in 1964, Massimo Vignelli’s stackable melamine dinnerware won a Compasso d’Oro for Good Design in that year and received praise from the jury for its functionality of form and highly efficient stacking.

The original line was discontinued after a short period of production in Italy, and around 1970 Alan Heller, who had a new housewares firm in New York, began manufacturing them again in the U.S., using the original molds. In the 1970s, Massimo’s wife, Lela Vignelli, joined him to design cups, mugs and a pitcher for the line. Today the dinnerware is produced in Canada.