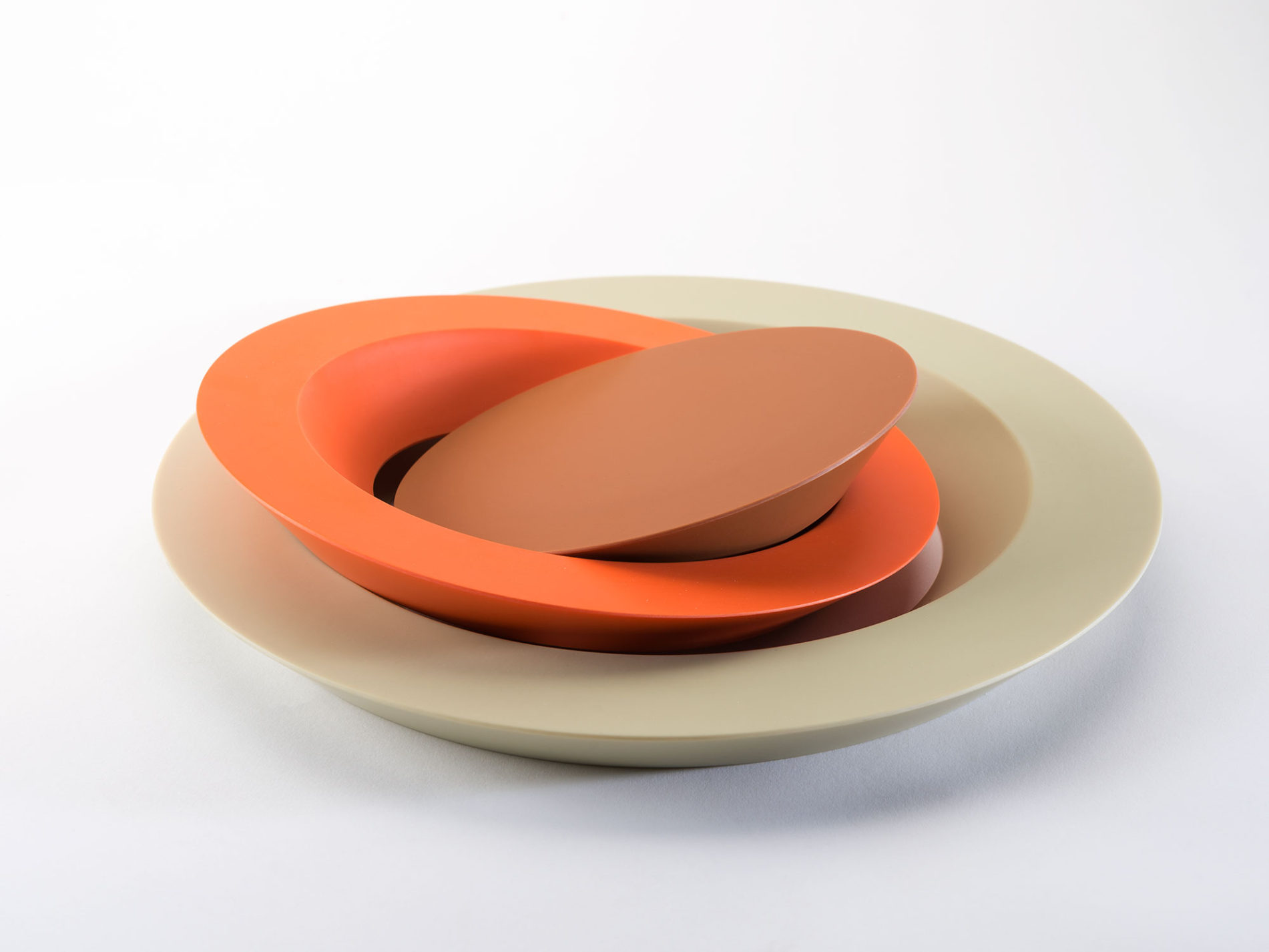 The Liliane and David M. Stewart Program for Modern Design, gift of the manufacturer, 2012.17

This cake platter is composed of three concentric circles, inspired by nested circular pans commonly used in baking. Crasset arrived at the idea with Pierre Hermé, a pastry specialist. Her work is unconventional, exploring ideas that are often surprising and original where theory and aesthetics merge.

“I envision design as a form of research,” she said in an interview. “My methods are developed through the observation of ordinary practices and the questioning of the organizing principles that govern them.” After her graduation in 1991, Crasset worked for Philippe Starck before setting up her own studio in Paris in 1998.