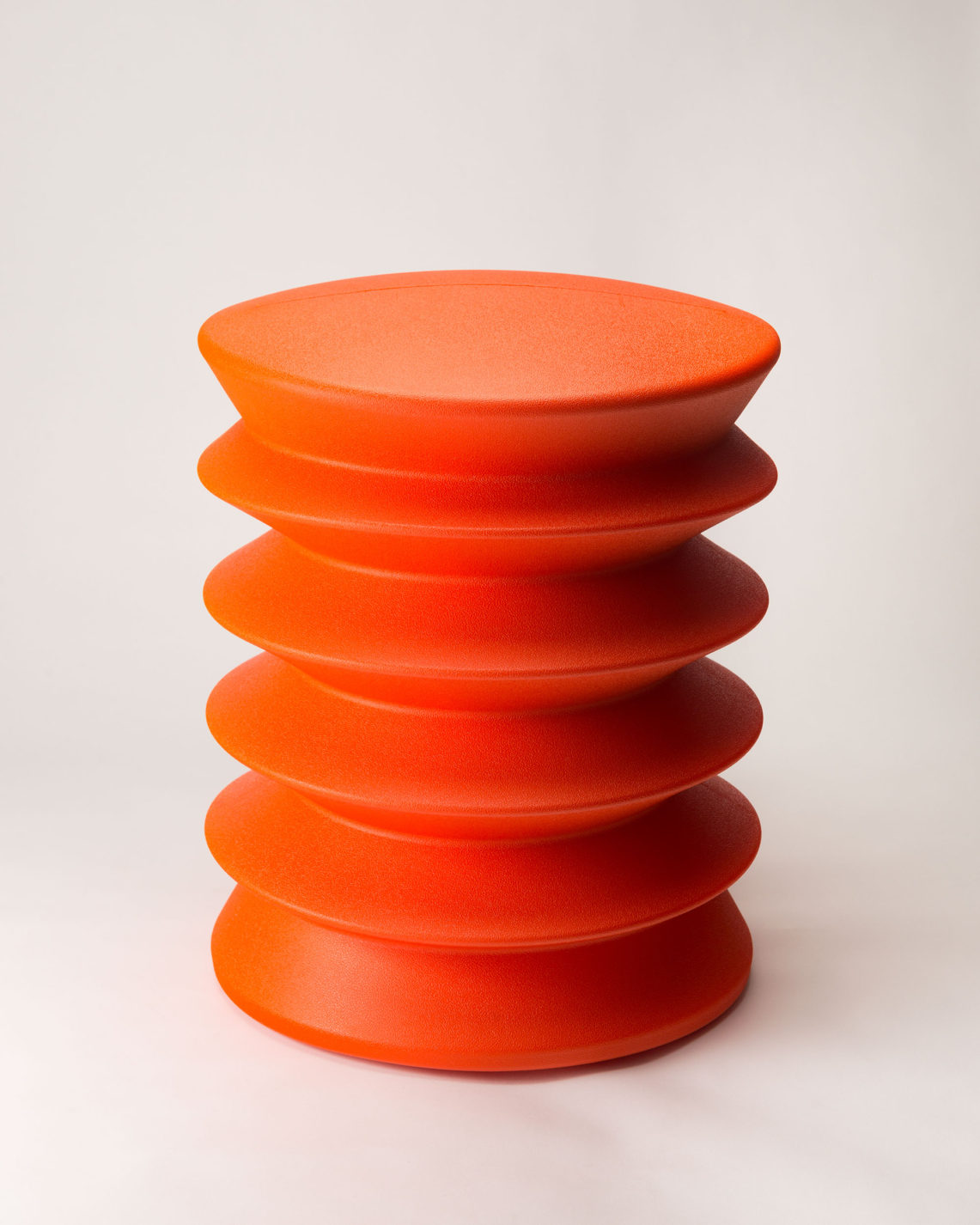 The Liliane and David M. Stewart Program for Modern Design, gift of David A. Hanks in memory of Tessa Craib-Cox, 2012.31

The playful ErgoErgo stool, named to reference “ergonomic,” has a serious purpose to encourage good health. Heller’s wife discovered that sitting on a large exercise ball was better for her back than sitting in a desk chair, which encourages slumping posture and shortening of the abdominal muscles.

Since only the center was necessary as a sitting surface, the sphere could be pared down to a column. Heller’s patented accordion tube of a stool rocks in 360° from the center, and the lack of stability in the structure forces users to stabilize themselves by using their core muscles, strengthening their bodies as they sit.