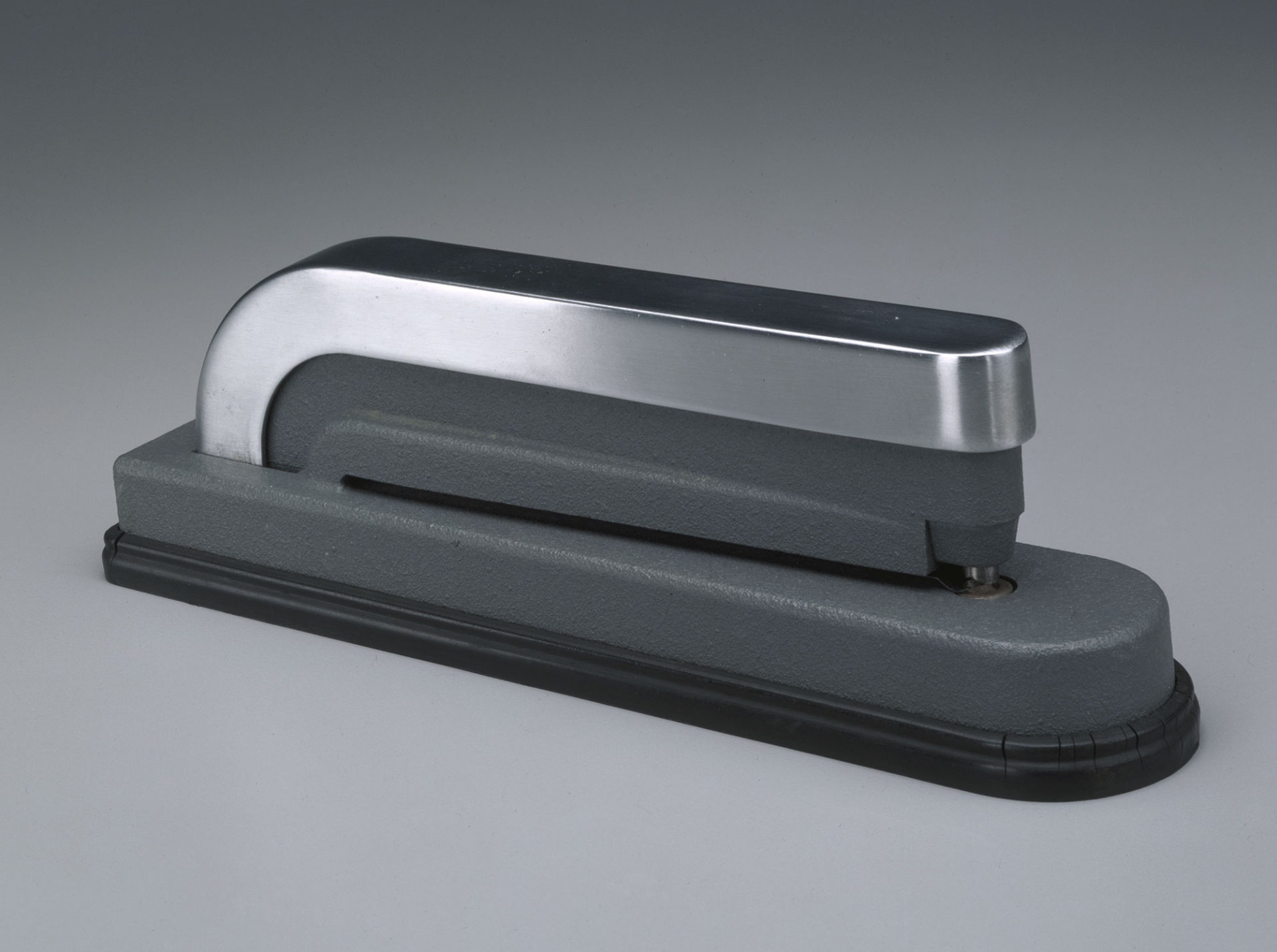 Introduced by IBM in 1939 as an accessory to the 805 Test Scoring Machine, this specialized hole punch is an emblem of streamlining. On the bottom of the rubber base, which is removable for emptying out the bits of card it catches during use, is a handsome impressed graphic design with speed lines and sans serif capitals spelling out the company’s three-word name, which is typical of the period, for IBM’s initials wouldn’t begin to dominate its graphics until the mid-1950s.

Design curator John Stuart Gordon referenced a 1939 IBM brochure for this punch and described its use in marking sturdy punch cards as answer keys for standardized tests.