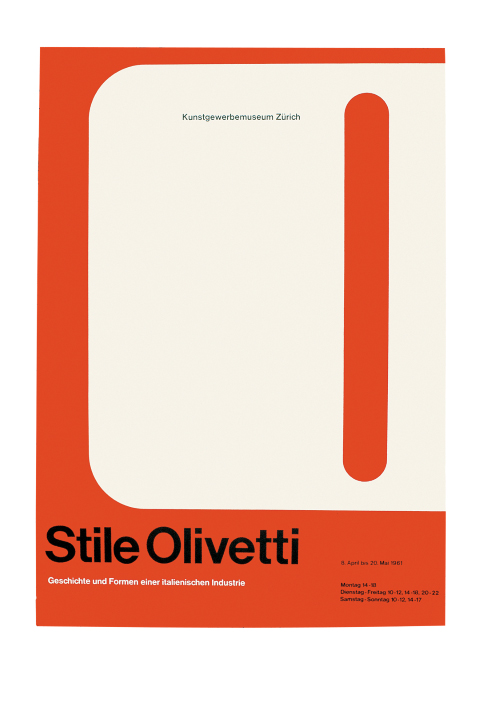 The Italian manufacturer Olivetti was known for its industrial products and also for its advertising posters. The outstanding quality of Olivetti’s designs was celebrated in a 1961 exhibition titled Stile Olivetti at Zurich’s Kunstgewerbemuseum. Walter Ballmer was a staff designer for Olivetti from 1956 to 1981, working with the company’s distinguished design directors.

Ballmer designed the installation of the Stile Olivetti exhibition, and he excelled in designing logos and graphics for Olivetti’s corporate identity. Extreme minimalism was characteristic of Ballmer’s work. This design is dominated by a large white O for Olivetti, which stands out against a bold orange-red background and balances the blocks of simple Helvetica type.