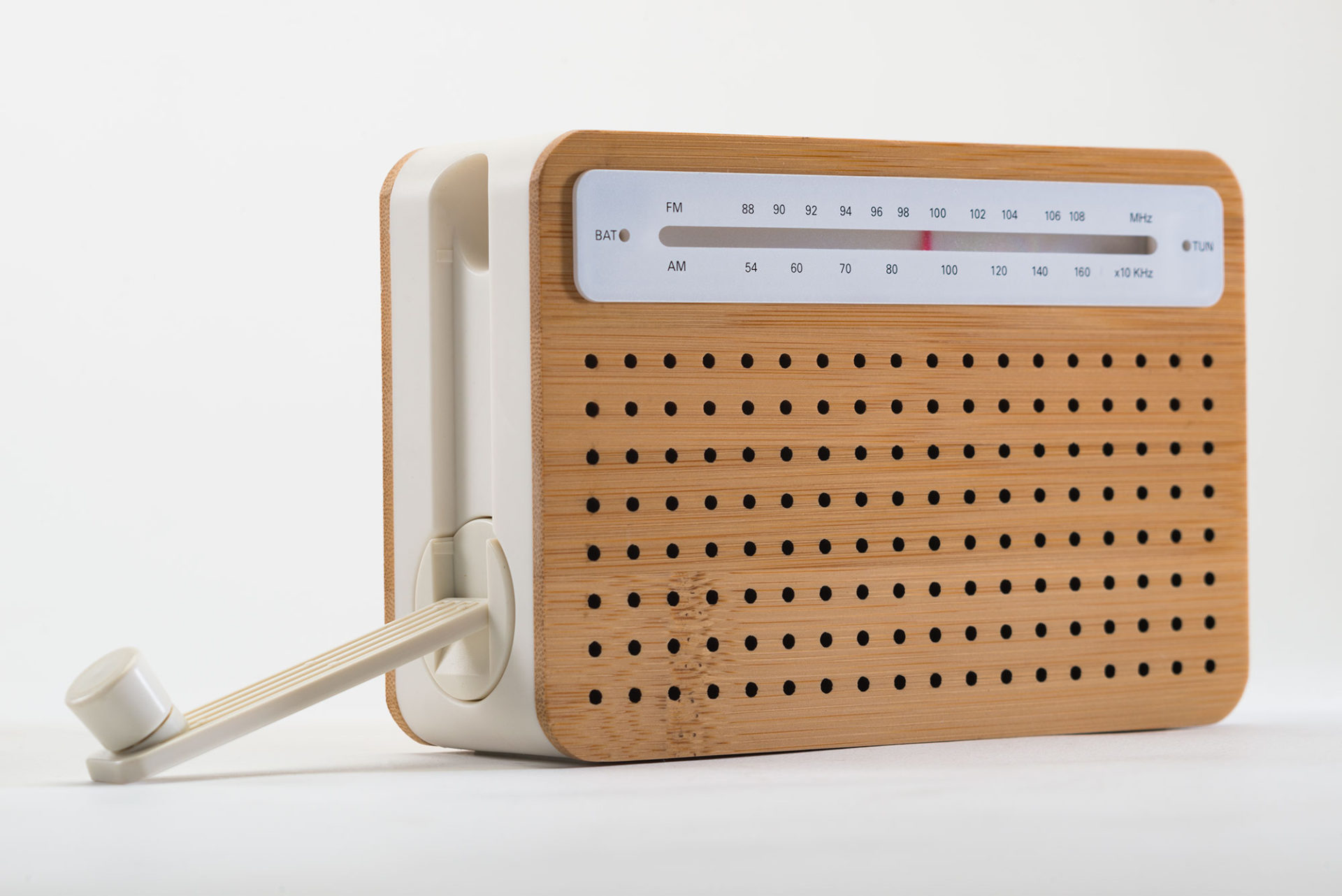 The Liliane and David M. Stewart Program for Modern Design, 2011.2

This petite AM-FM portable radio and MP3-player speaker is ecologically engineered to save electricity. It is powered by a built in crank that can be pulled out and wound. Every two minutes of cranking powers the radio for thirty minutes of listening time.

Its materials are also environmentally friendly: it is covered in real bamboo, a renewable resource, and biodegradable plastic made from cornstarch. Its form is similar to the type of table-top radios that were popular in the 1940s and 1950s. Designers Garner and Berthier are part of the design group Elium Studio, which was started in Paris in 2002 to explore new techniques in product creation.