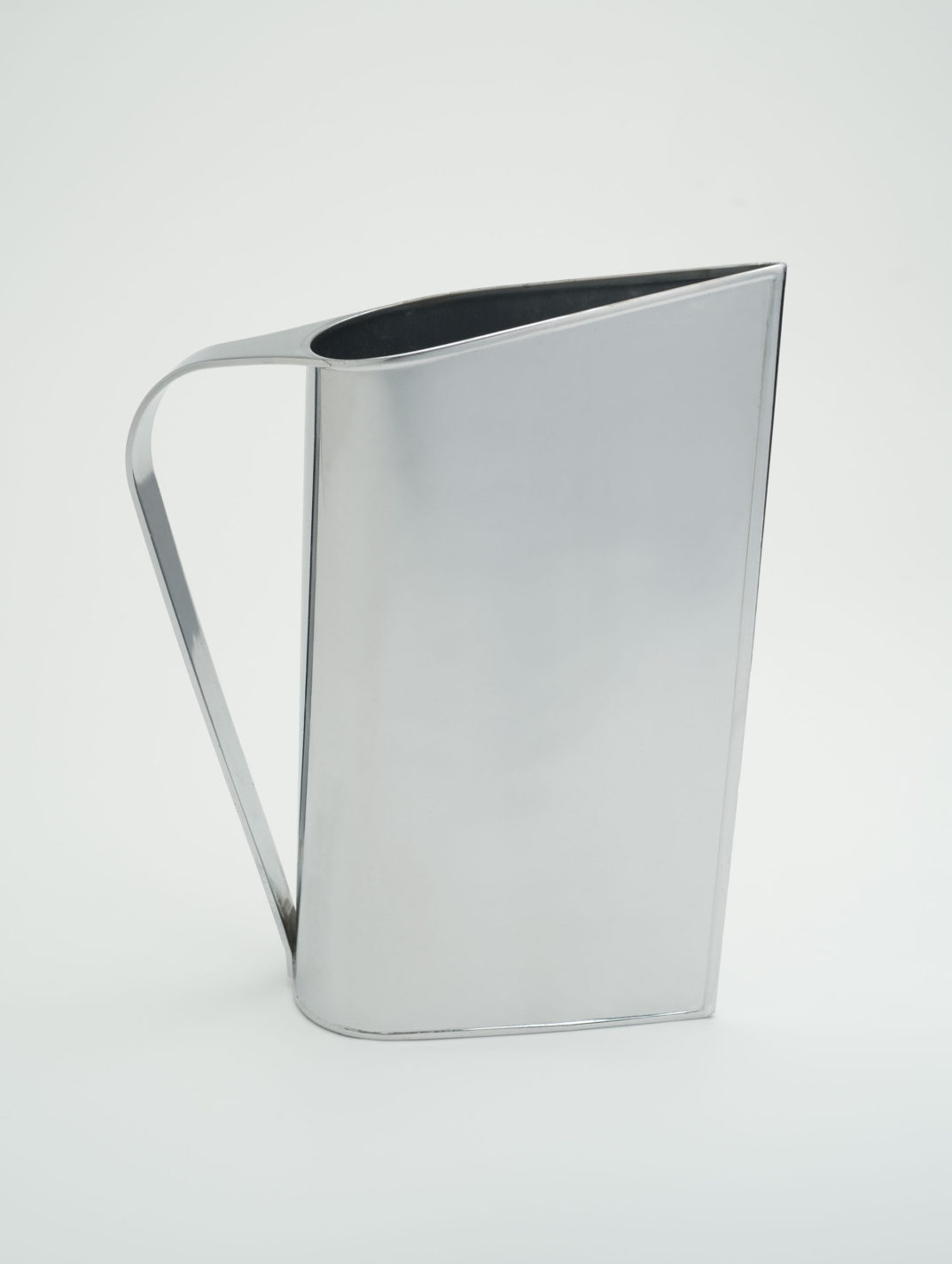 This pitcher was inspired by and named for a famed French ocean liner, the Normandie, which made its maiden voyage in 1935, the same year this pitcher was introduced. As the fastest passenger ship, it was an appropriate model for this streamlined design, seen in the tear drop form and the smooth and windswept curves.

Emigré designer Müller-Munk arrived in New York from Germany in 1926, working first as a silversmith then transitioning to create such mass-produced designs as this, becoming a leader in the emerging profession of industrial design.