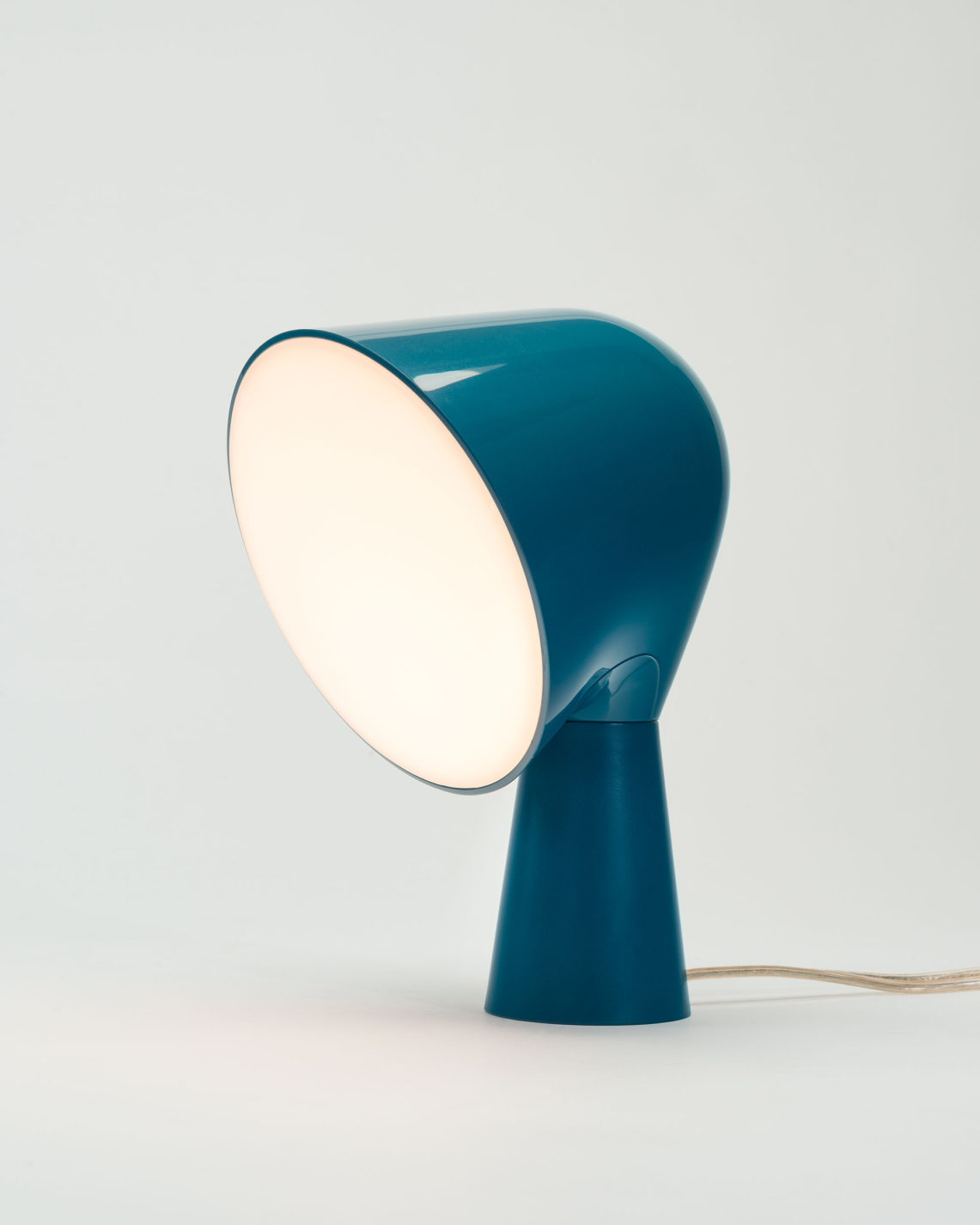 This small lamp was inspired by the Binic lighthouse on the Brittany coast in France. Binic is a simple but surprising form, which is available in six colors. Its large, round, hood-like shade that seems to float on its conical base.

According to Vautrin, Foscarini approached her in 2009 and “asked me to consider making a small affordable light that sparked a ‘coup de coeur.’ The Binic drawing immediately caught their attention among various proposals. It is made in a nautical style which draws inspiration specifically from the ‘manches à air’ (windsocks) on the decks of boats. . . . This project was a turning point in my young career.”