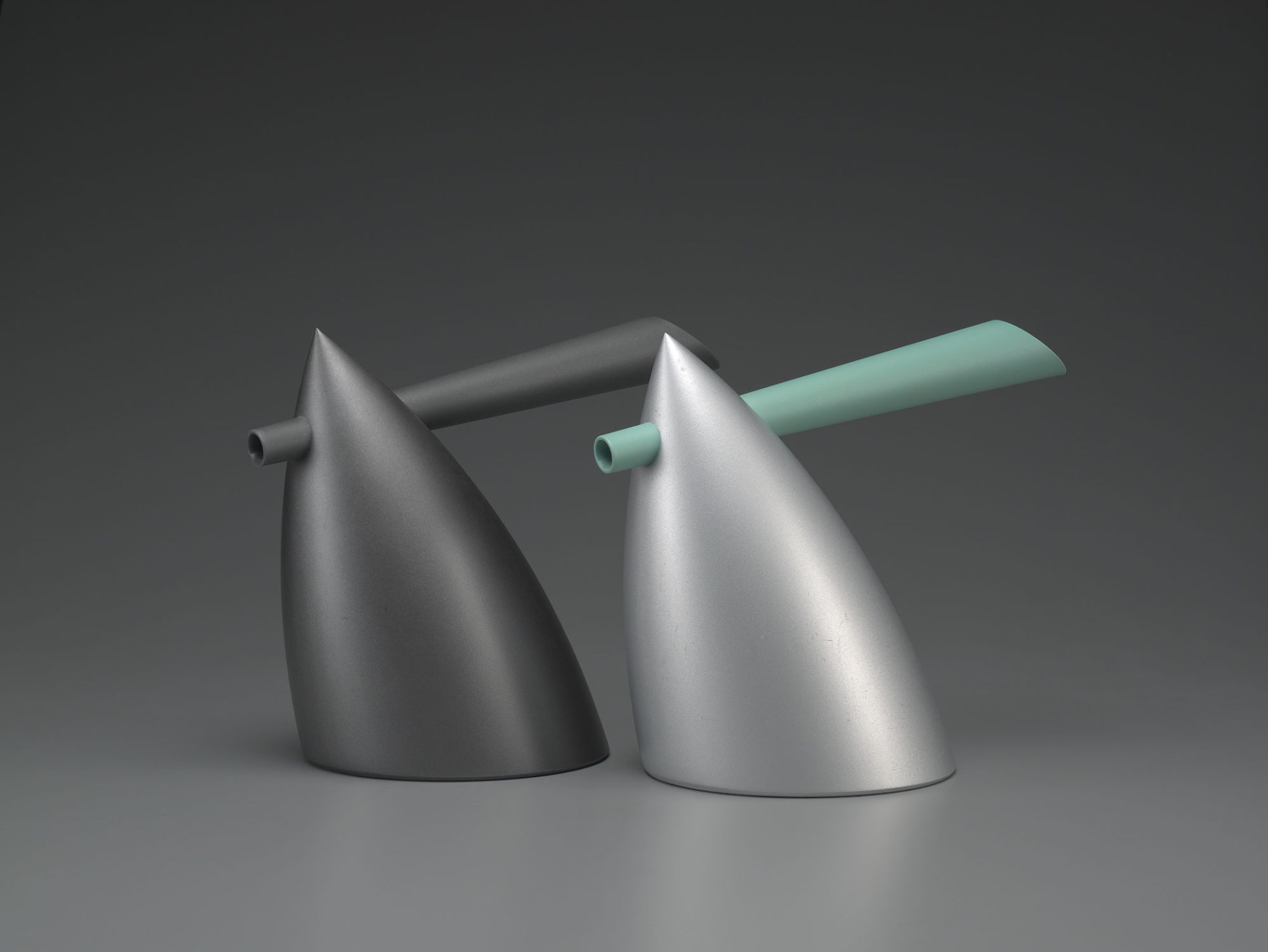 Philippe Starck is famous for his dramatic interiors, such as the Royalton Hotel in New York of 1988, as well as a range of product designs, including many for Alessi, like this postmodern sculpture for the kitchen. The bullet-shaped body has a tapering tube for its combined spout and handle—water is poured in the wide end and out the narrow end.

Unfortunately, the solid, opaque object does not permit users to see the water level inside, and the awkwardly positioned handle puts the user in danger of burns. Beauty rather than functional efficiency was the motive for this design, as with many postmodern objects of desire, and it was, in Alberto Alessi’s own words, “our most beautiful fiasco.”