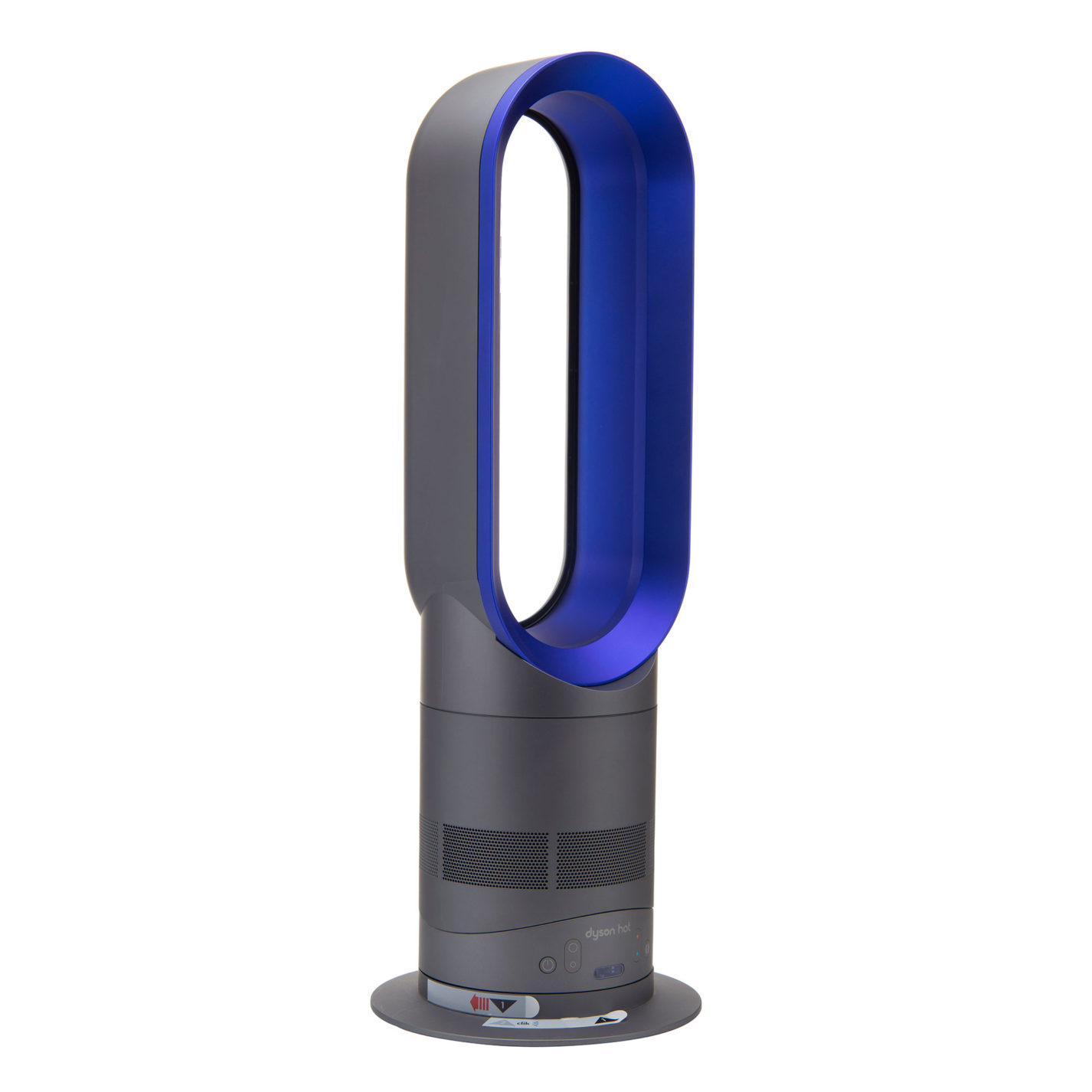 The Liliane and David M. Stewart Program for Modern Design, gift of the manufacturer, 2011.56

Inventor, designer, engineer, and entrepreneur James Dyson is well-known as the creator of the Dyson bagless vacuum cleaner. Frustrated that no major manufacturer would produce his Dual Cyclone vacuum, he established a factory and research centre, Dyson Ltd., in 1993. The new company quickly outsold its competitors, and went on to produce innovative appliances that represented a rethinking of all aspects of industrial products.

In 2011, he released this remote-control fan heater, called “Hot,” which used technologies developed for his blade-less Air Multiplier fan of 2010. It uses ceramic stones to distribute heat rather than wire coils, swivels to heat the entire room, and has a built-in thermostat. Safety is a priority in this design: in addition to the absence of fan blades, exposed surfaces don’t get hot enough to burn skin and it has an auto shut-off in case the machine falls.