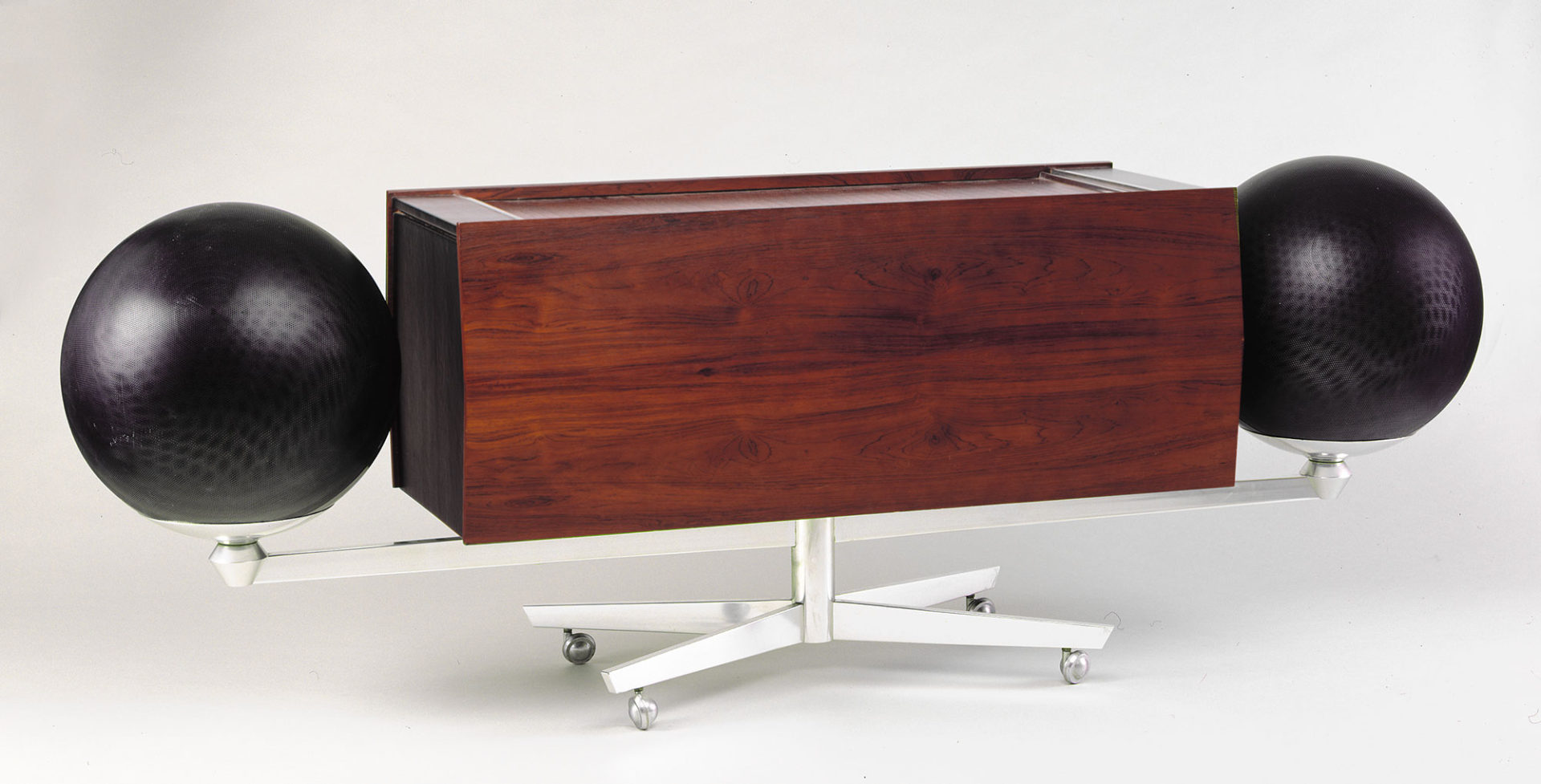 Project G was a radical departure from the traditional furniture designed for stereo equipment. Its strong geometric shapes—rectangular wood cabinet flanked by plastic spheres and balanced on an angular stand—give it futuristic modernity, but its austere simplicity meets the mandates of Good Design.

Contemporary designer Karim Rashid, who grew up in Canada, described Project G as “high design, pure form, the perfection of how sacred platonic geometry can bring our banal everyday products to a higher spiritual art form.” According to the manufacturer’s press release, its spherical “sound globes” “can be tuned to recreate any environment in which the music was originally recorded.”