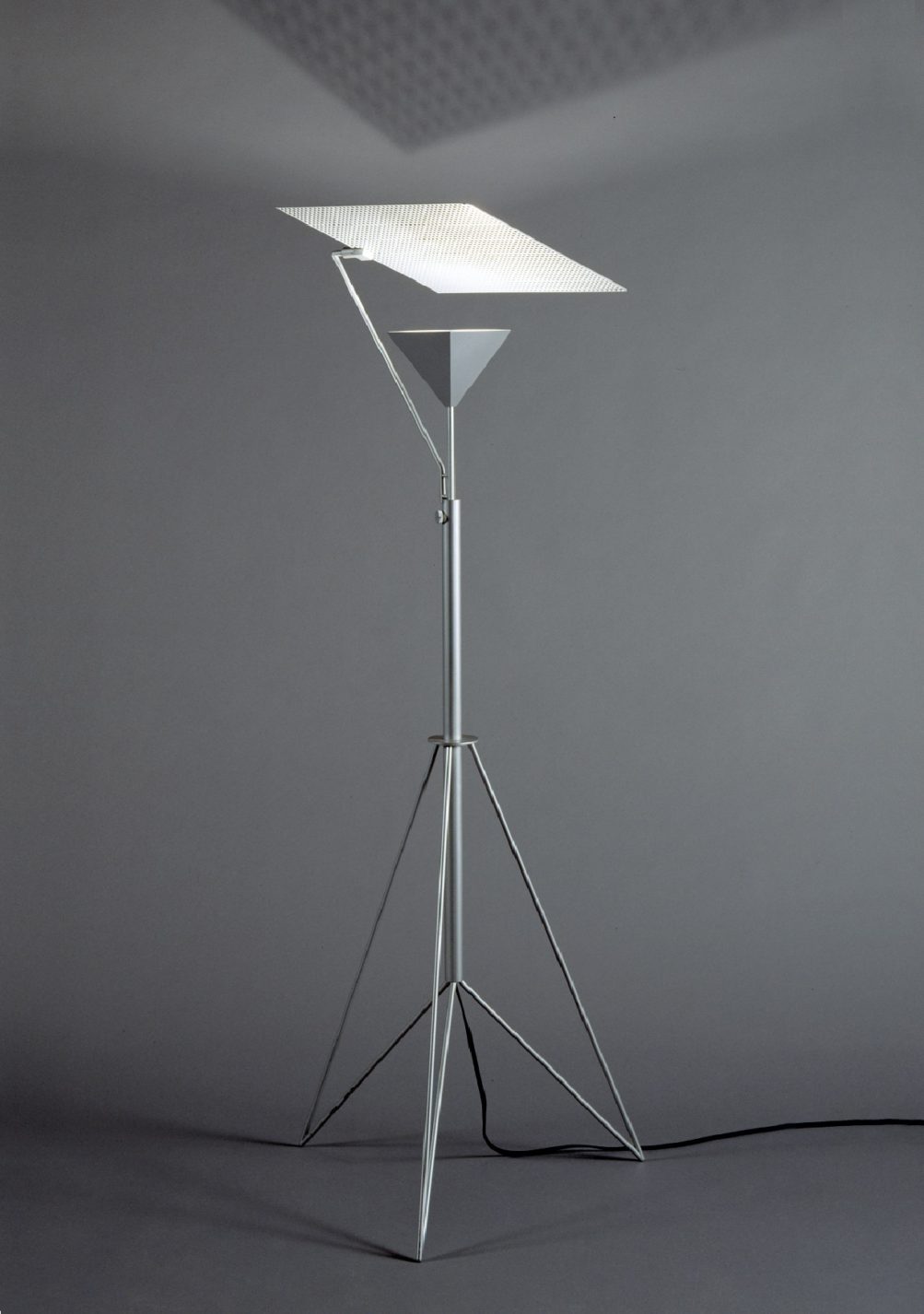 This lamp’s telescoping rod and lamp supported on a tripod was inspired by a photographer’s light stand. The halogen bulb in its inverted pyramid shade points directly upward to a square metal screen, which both reflects the light and allows it to pass through, creating ambient lighting for a room. He based his initial sketch for this tilting screen, he explained, on “the image of Japanese men holding up their sun visors to see who is good-looking.”

The name Tenderly comes from Elvis Presley’s song “Softly and Tenderly,” reflecting Uchida’s interest in American pop music of the mid-twentieth century. Designed at the height of the excesses of postmodernism, Uchida’s work anticipated the new minimalism of the 1990s.