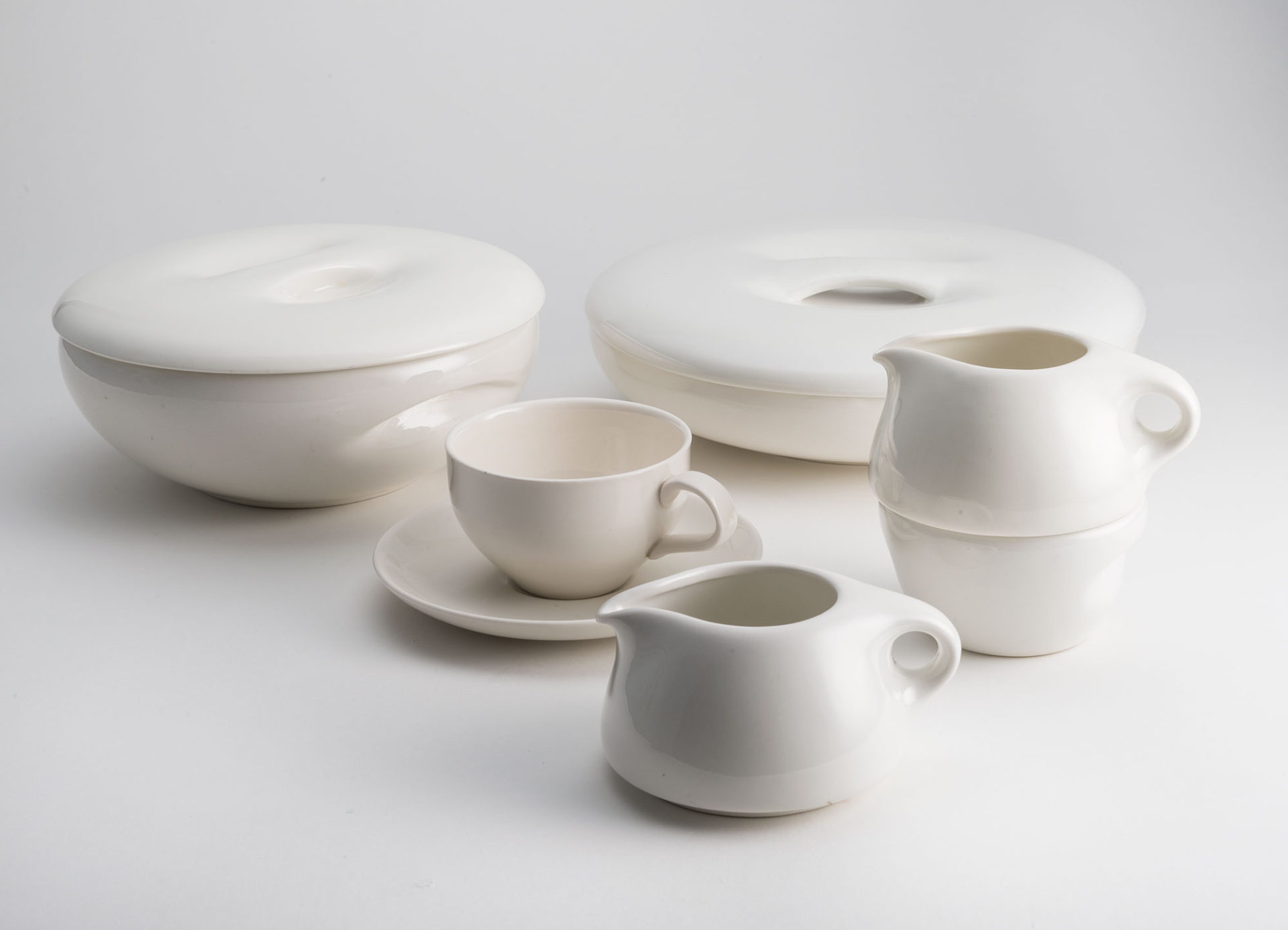 Russel Wright is famous for his best-selling American Modern dinnerware, and his designs for the Iroquois China Company of almost a decade later were also intended for a more informal lifestyle. American Modern was still being produced by Steubenville Pottery when Iroquois Casual was introduced, so the two lines were commercial competitors.

In keeping with Wright’s prescription for informal modern living, Iroquois advertised that its oven-to-table dinnerware would not chip or break, even promising that “It’s replaced if it breaks!” Like American Modern, it was offered in a range of colors for consumers to mix and match if they chose.