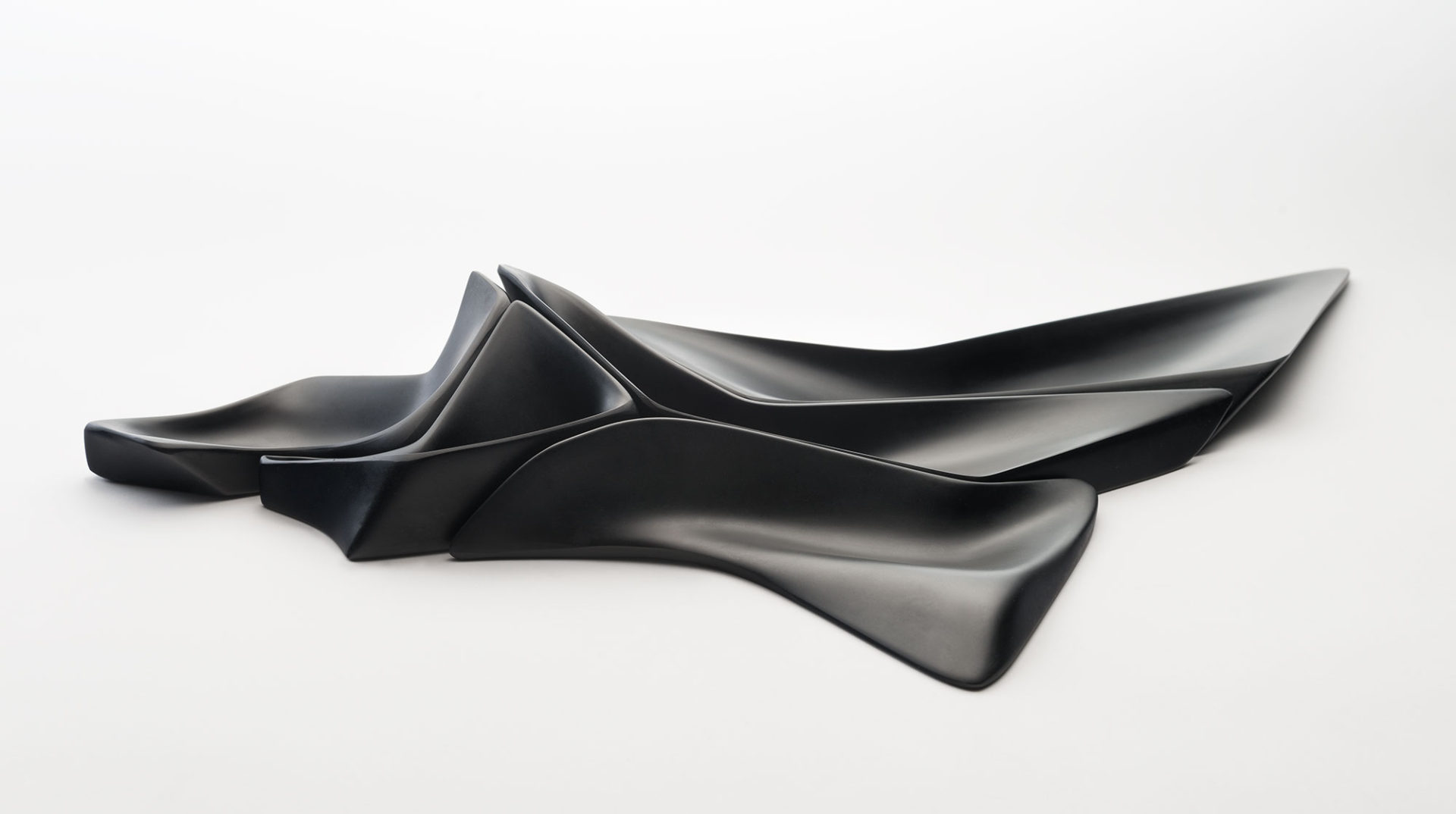 Iraq native Zaha Hadid earned an architecture degree before working for her former teacher Rem Koolhaas’s Office for Metropolitan Architecture, where she became a partner in 1977. She established her own practice in 1980 and became known for innovation in her architectural designs, which were drawn but not built. With computer technology she was later able to complete these forward-thinking projects and received prestigious commissions around the world, the most famous being the MAXXI Museum in Rome.

Her designs were fragmented geometry, incorporating multiple perspectives, and she was able to instill her ideas for her architecture in these small, everyday objects. This centerpiece for Alessi reflects her architecture in miniature with the interrelation of forms in its various separate parts.