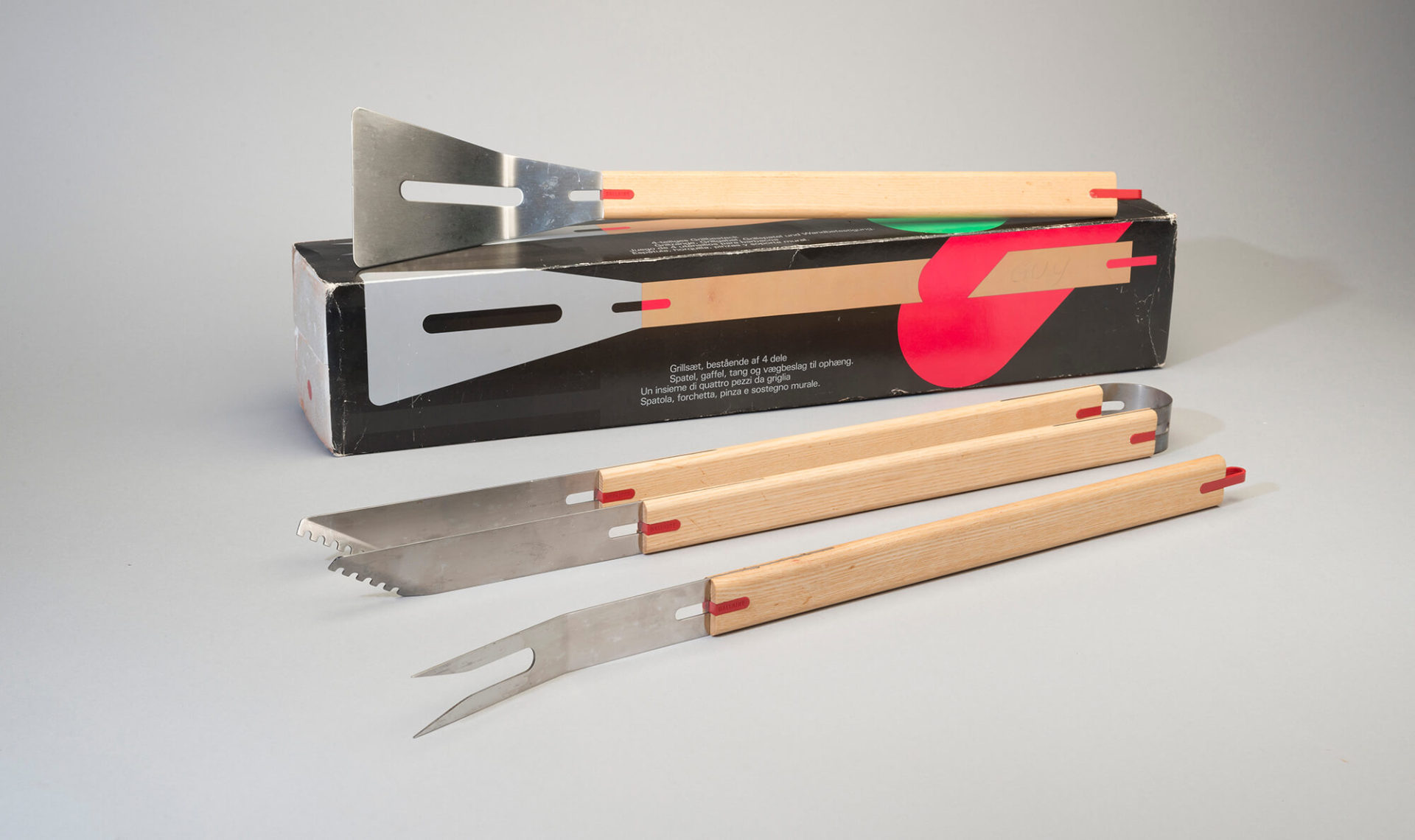 Michel Dallaire is Quebec’s most famous industrial designer today. After graduating from the Institute of Applied Arts in Montreal in 1963, he studied at Stockholm’s School of Arts, Crafts and Design. In 1965 he worked for Montreal architect Jacques Guillon and designed furniture for Habitat 67.

After several partnerships, he founded his own firm, Michel Dallaire Design Industriel, in 1974. His many products range from a simple plastic briefcase to a bicycle. This barbecue set with its original box exemplifies his minimalist, functional aesthetic, which is characteristic of good design. The natural wood handles contrast with the steel in these tools for outdoor cooking.