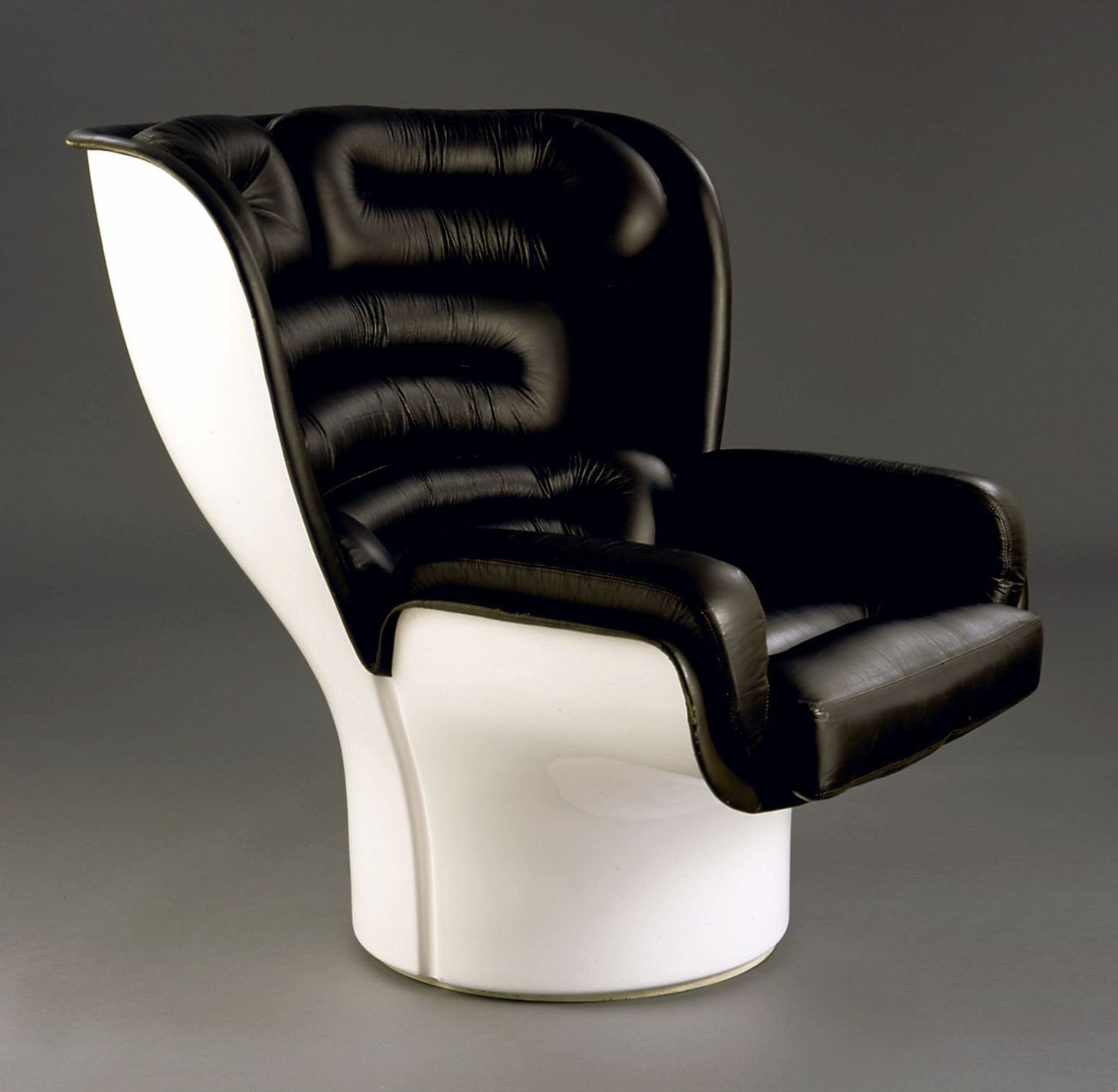 Colombo first studied architecture and began his career as an artist before turning to interior and industrial design. In 1962 he opened a design studio in Milan and the following year created Elda, named after his wife, the first large-scale armchair made of fiberglass. It is composed of two separate pieces that form the front and rear structures, joined together on a rotating base. Seven leather-covered cushions fit into the seat and backrest to create a comfortable, modern version of the traditional wing chair.

Colombo’s skill as a sculptor and knowledge of materials are reflected in this design, and his work in the 1960s was part of the period for which Italian design became internationally known.