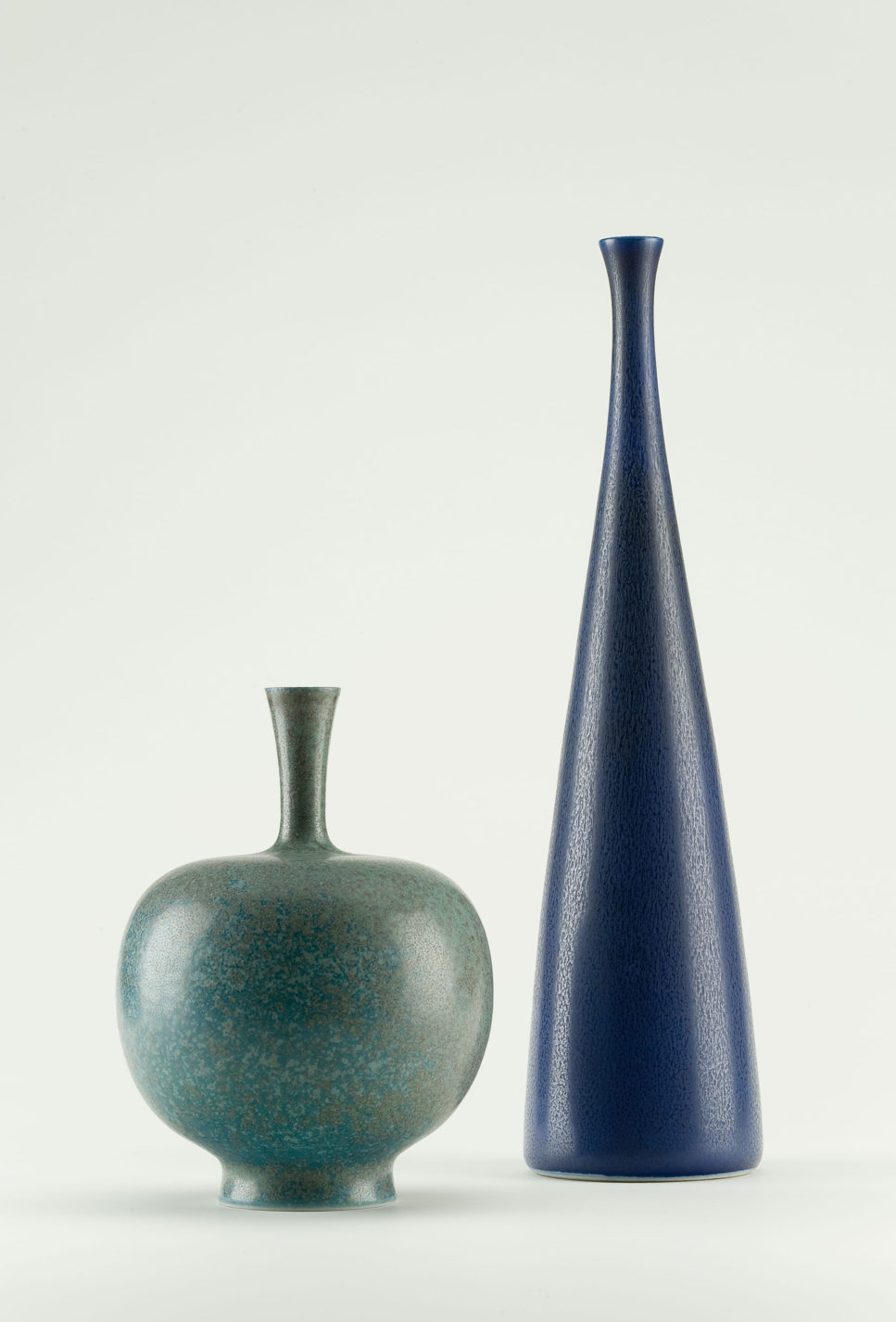 After studying with the Russian sculptor Ossip Zadkine at the Académie Colarossi in Paris, Stålhane joined the staff of the Rörstrands factory in Sweden in 1939, at age nineteen, and remained there until 1973. The simple forms and single-color glazes of Asian ceramics appealed to Scandinavian modernist designers like Stålhane in the 1940s and 1950s.

This minimal aesthetic is apparent in the two vases seen here, though their traditional forms are modified in exaggerated silhouettes. Stålhane’s globular vase is very wide for its small foot and thin neck. The taller vase has extremely elongated proportions and a graceful tapering neck. Modernist tendencies are reflected in the simple proportions, colors and textures.