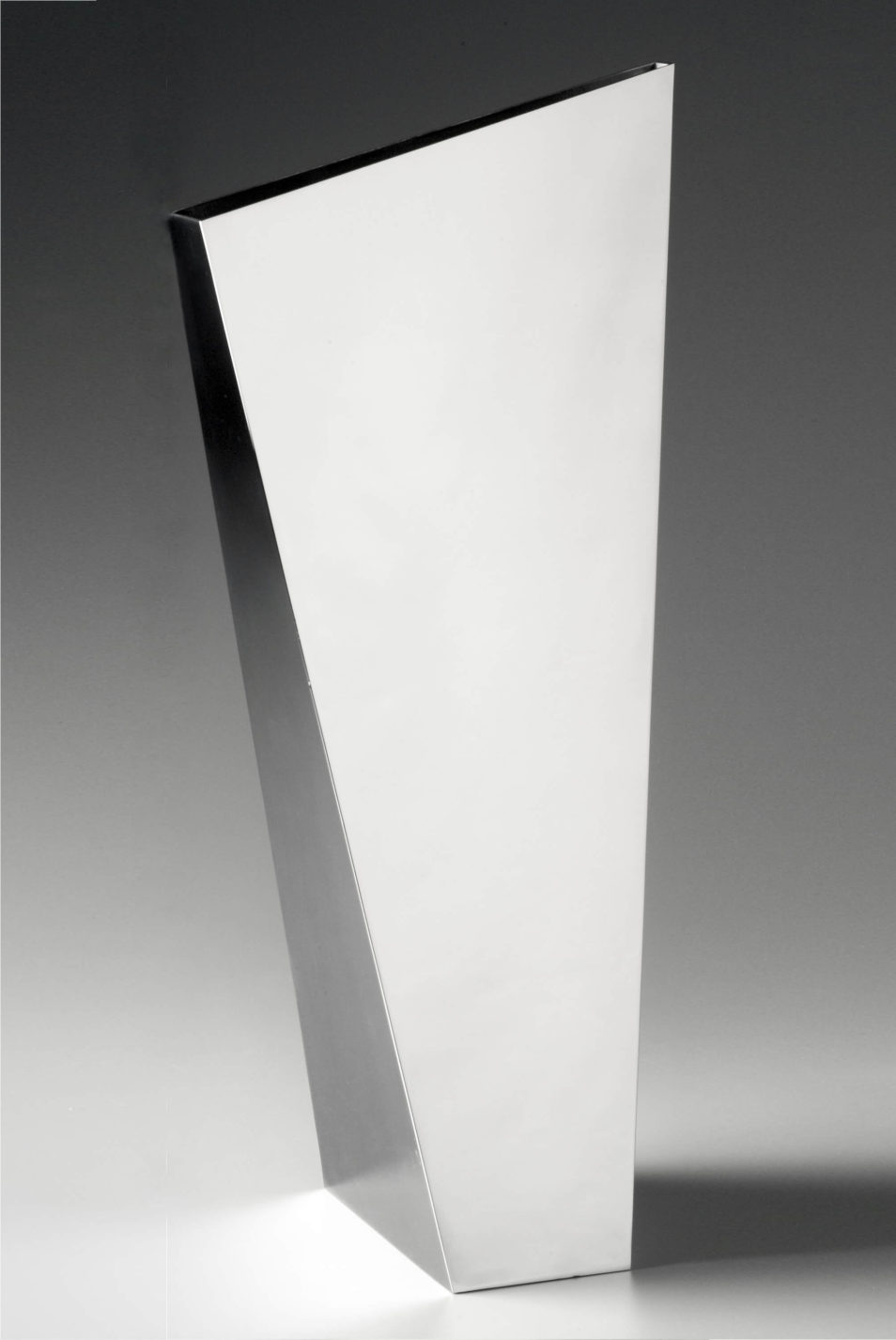 The Montreal Museum of Fine Arts, the Liliane and David M. Stewart Collection, 2004.251

Nathalie Jean earned an architecture degree in her native Montreal and worked for architect Peter Rose. She moved to Milan in 1987 to work for designer Ettore Sottsass. In 1994 she opened her own studio there and continues to create a range of designs, including jewelry.

This vase was designed for La Ville Nouvelle, a collection of objects and furniture Jean created in 2002 for Design Gallery Milano’s prestigious annual exhibition. It reflects organic design inspired by angular forms found in nature. To create this vase, she described the process developing a model from cardboard triangles, then “I went back to the computer and began projecting the shapes in 3D.” The pieces were drawn and laser-cut from stainless steel.