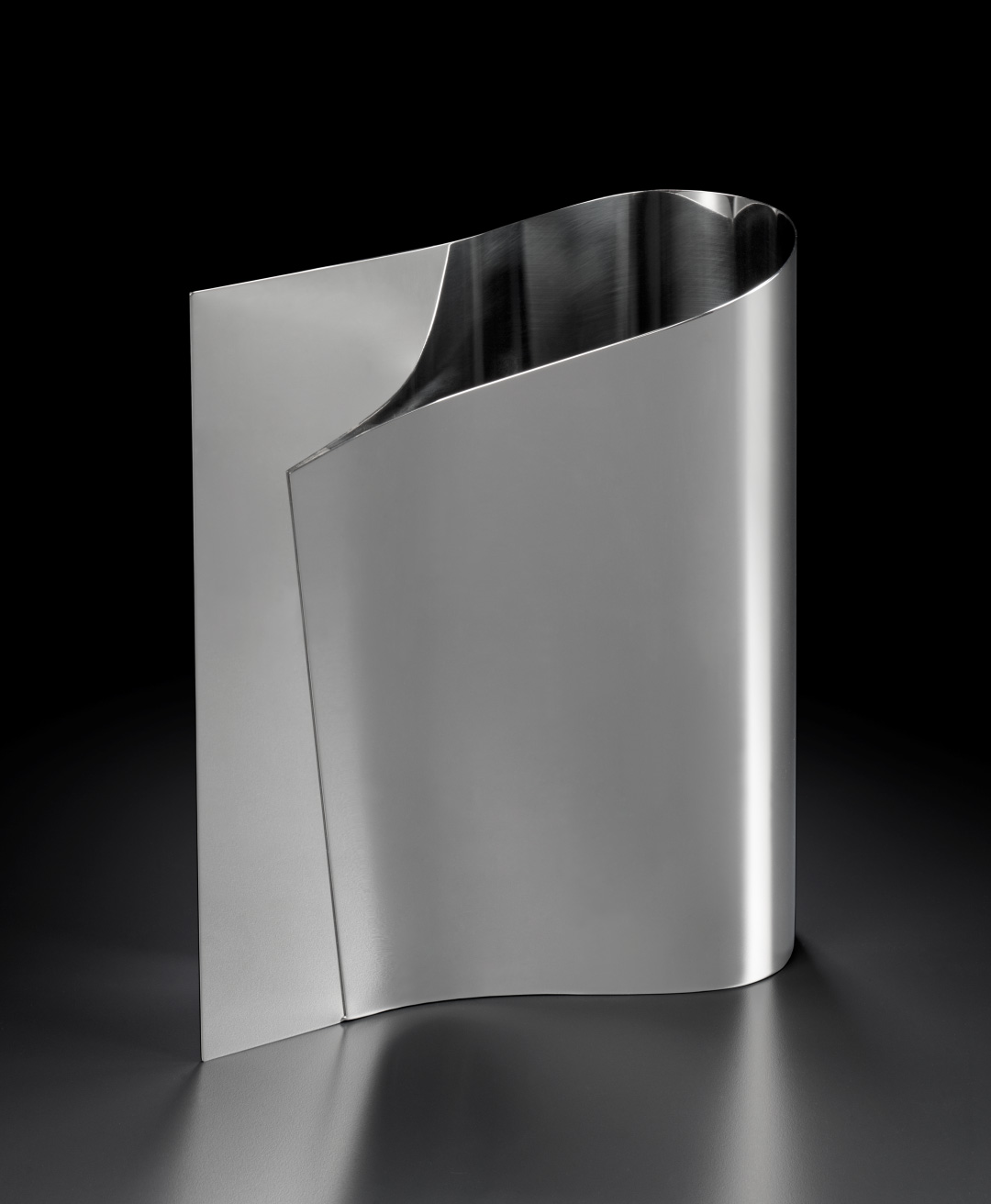 The husband-and-wife team of Italian architects Fuksas and Mandrelli have engaged in a wide variety of projects throughout the world, from museums and airports to striking interiors and product design, since their partnership began in 1985. Their work is characterized by a minimal and elegant simplicity, as seen in this vase—a persistent characteristic of modern design throughout its history.

The form of this vase is based on the folding of a piece of paper, joined at the sides and given a bottom to form a container. In its gleaming surfaces and sharp silhouette, the vase appears monumental. This vase was also available in a black ceramic version and is sold to the present day.