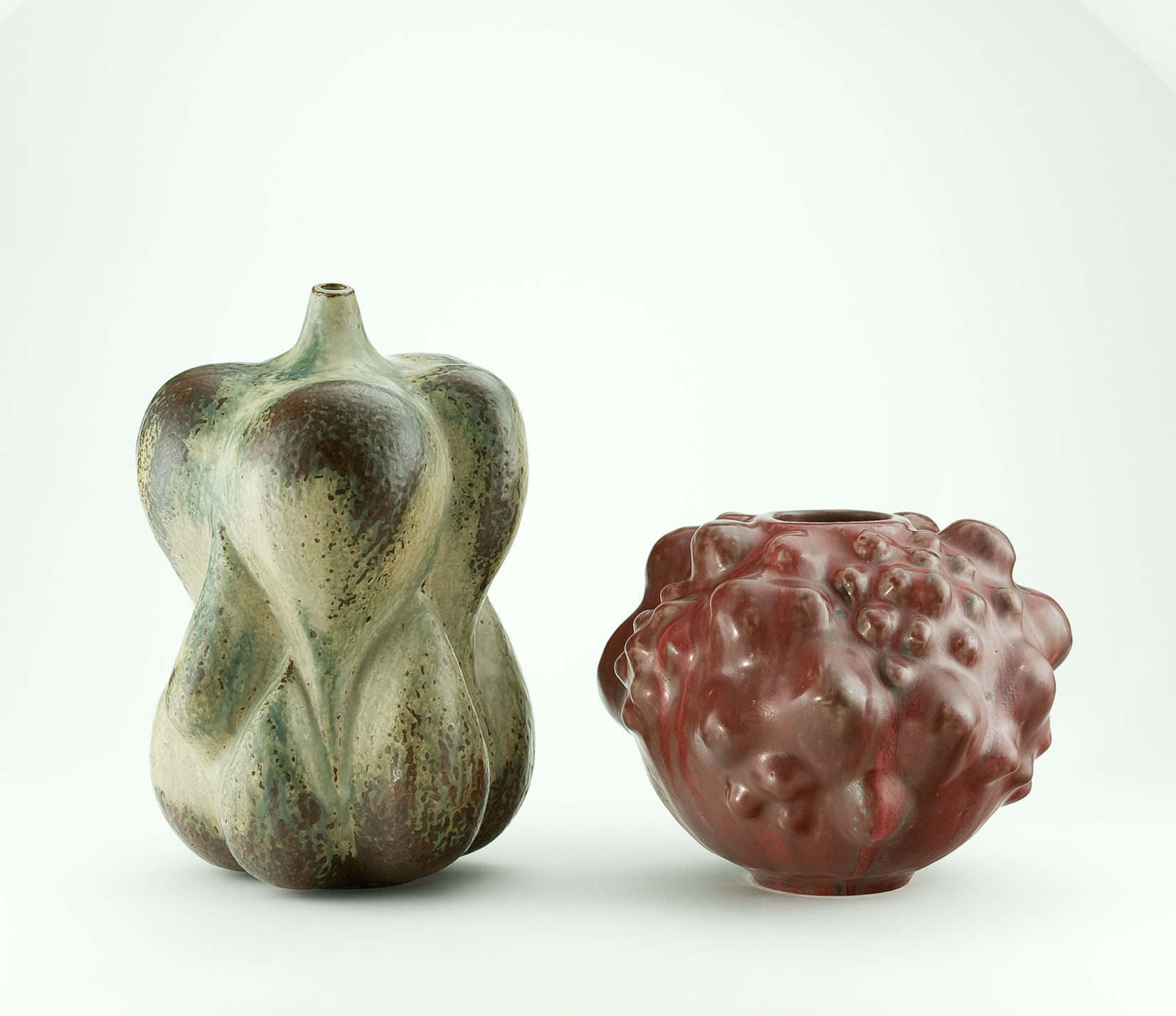 The Montreal Museum of Fine Arts, the Liliane and David M. Stewart Collection, 2001.16–17

Countering the functionalist aesthetics of his contemporaries, Salto was one of the first major ceramists to break away from the symmetry of wheel-thrown forms. Trained at the Copenhagen Academy of Art, he was also a painter and textile designer. He used nature as a model, but gave it an expressive idiom, often on a large scale that foreshadowed the work of individual ceramists in the later twentieth century.

Salto saw his work in three categories: budding, sprouting, and fluted forms, with budding and sprouting shown here. He wrote: “The vase is like a living organism; the body buds, the buds develop, and a sprouting—even prickly—vessel results from the urgency of life within.”