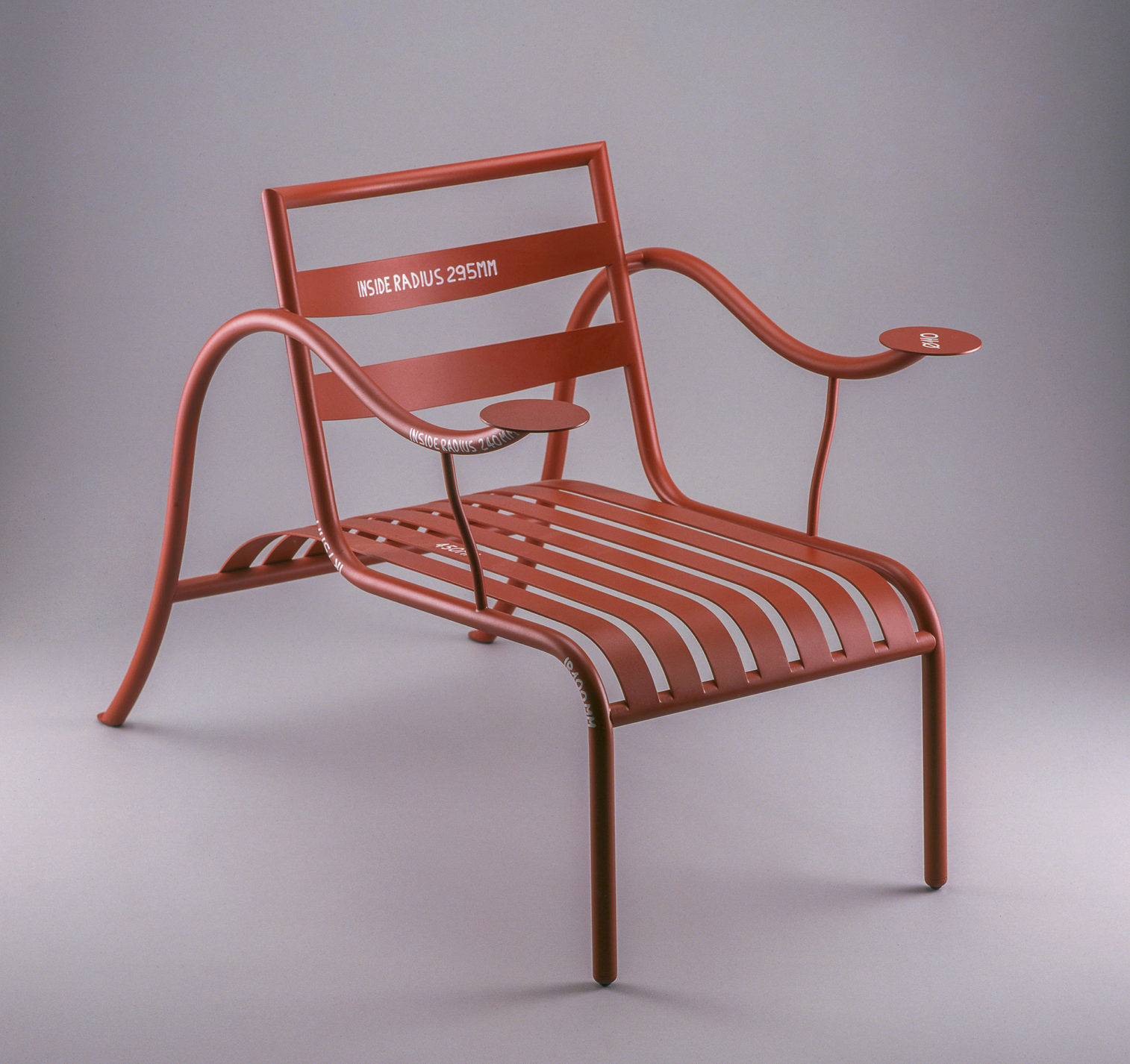 The Montreal Museum of Fine Arts, the Liliane and David M. Stewart Collection, gift of Cappellini, 2004.8

Morrison, one of the visionary British designers who emerged in the 1980s, became a leading spokesman for the revival and transformation of modernism in the 1990s. He cites many influences for his ideas, including the work of his contemporaries and of past modernist designers.

This chair is one of his earliest furniture designs. According to Morrison he was inspired by “an antique chair with its seat cushion removed for repair. It looked more interesting without the cushion and I decided to try to design a chair which was all structure and no closed surfaces.” The coaster-like circles on the ends of the tubular-steel arms gave it its first name, “The Drinking Man’s Chair,” which Morrison changed to “a more sophisticated title.”