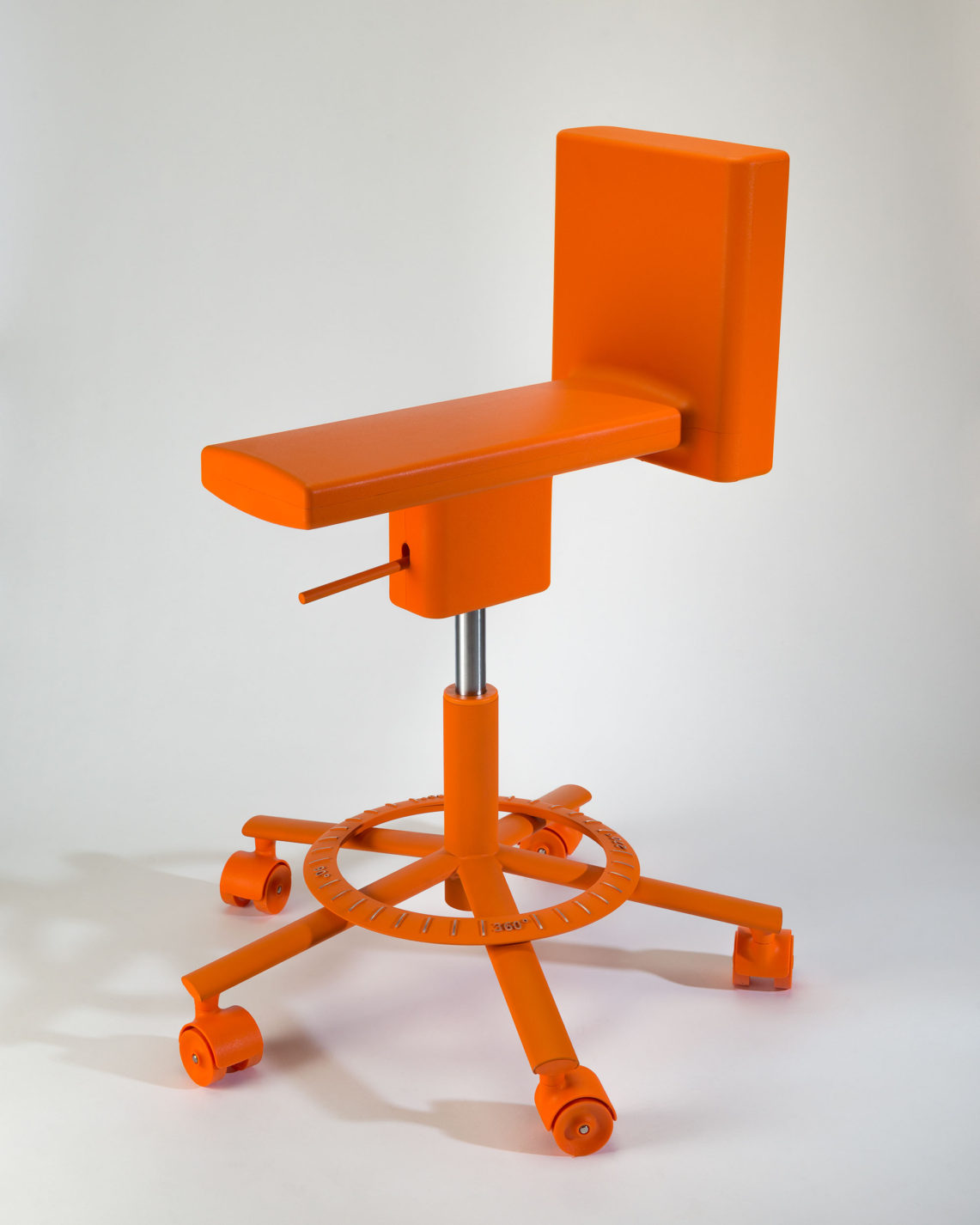 The Liliane and David M. Stewart Program for Modern Design, 2011.3

A graduate of the Royal College of Art in 1990, Grcic initially worked for British designer Jasper Morrison before returning to his native Germany in 1991 to open a studio in Munich.

His range of objects was prolific and innovative, exploring new concepts, techniques, and materials. His radical designs were always considered from an aesthetic viewpoint as well, as seen in this task chair for Herman Miller. It looks uncomfortable, and it was: rather than a wide full seat to support the sitter, the seat is more like a crossbar on which one can, or perhaps must, sit in shifting positions. It was intended for the active office worker who is required to move a lot during the workday.