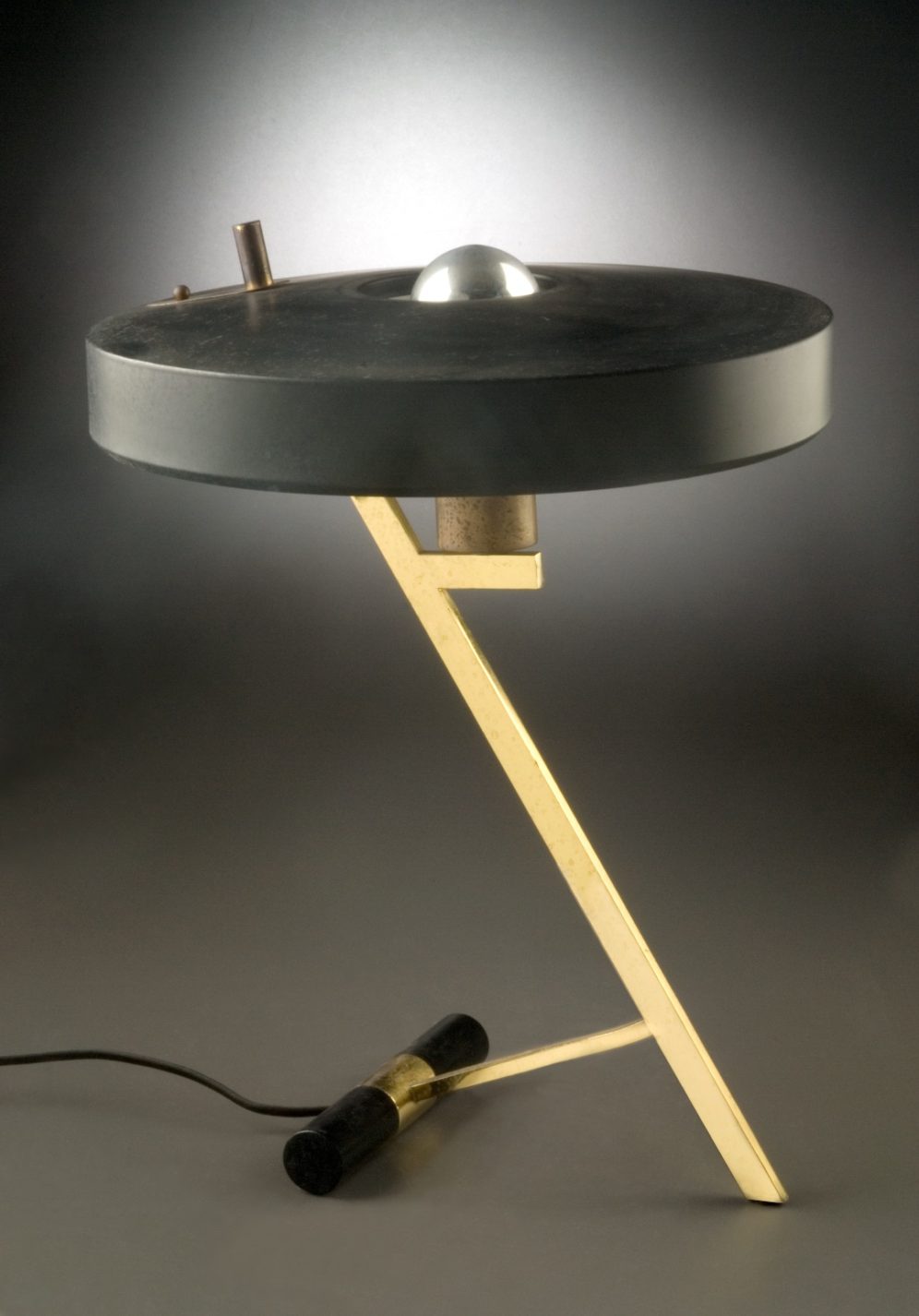 Produced by
Philips, Eindhoven, The Netherlands

The geometric form of this Constructivist design is dominated by strong angles and circular elements. Its light bulb comes up through the perforation in the middle of the shade, becoming part of the overall form, and directing the light both upward and downward when illuminated. Kalff as a young architect began working for Philips in 1925, heading the advertising department, and in 1929 he set up the company’s department for design of lighting products.

His lamps were minimal and inventive. He later became the art director for the company, where he worked until he retired in 1960.