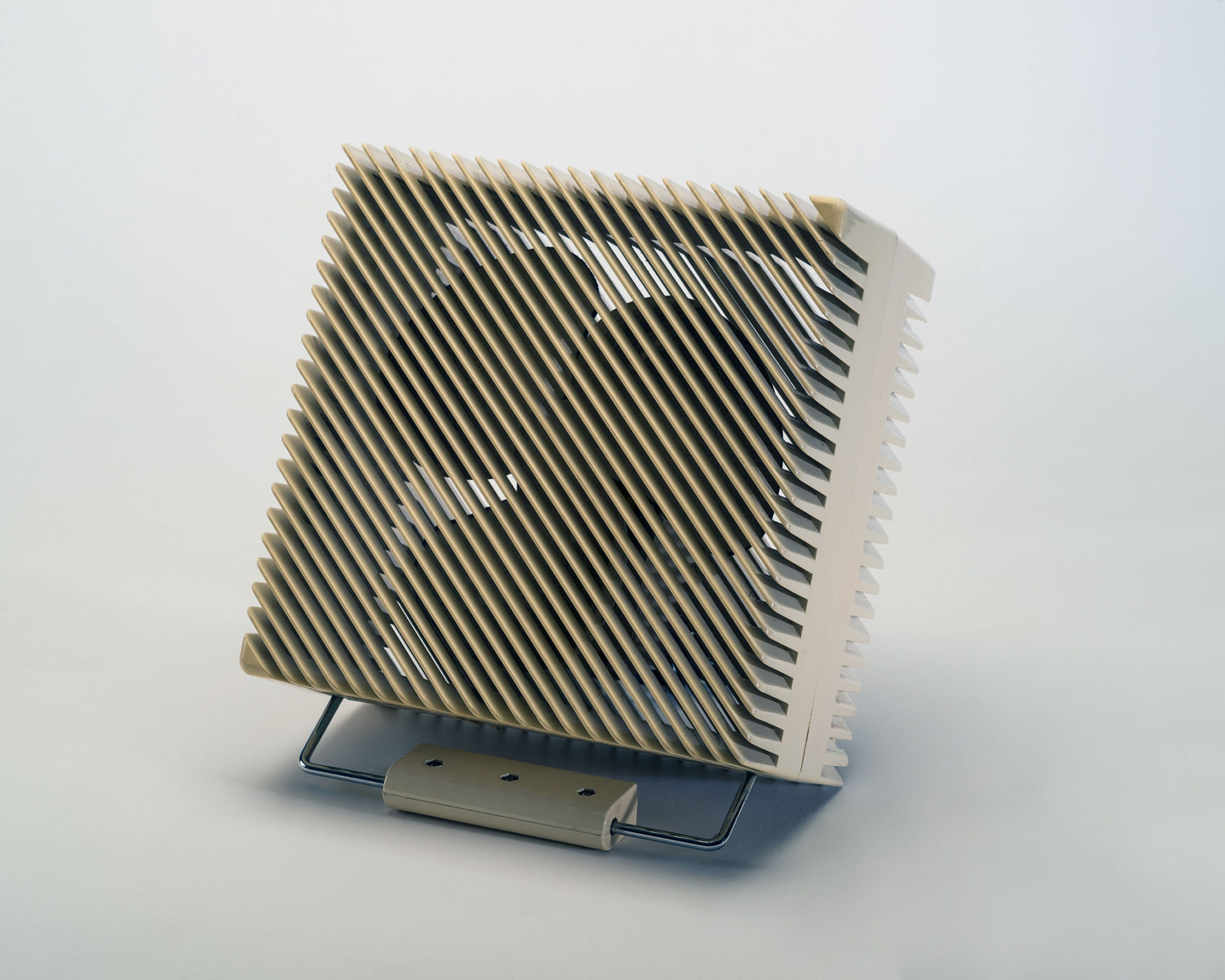 The Liliane and David M. Stewart Program for Modern Design, 2011.27

This compact table fan is one of Zanuso’s most satisfying modern designs. An architect who graduated from the Politecnico di Milano 1939, Zanuso established his Milan studio in 1945. In addition to his work as an architect and industrial designer, he was the editor of the design magazines Domus (1946–47) and Casabella (1947–49).

His work demonstrates his interest in structure and new materials—here a rectangular fan housing of diagonal slats in ABS plastic replaces the traditional circular cage of metal wire. Available in red and white, its carrying handle could also be used as a stand to direct the air. This functional object is exquisitely produced with the craftsmanship for which the Italians were so well known.