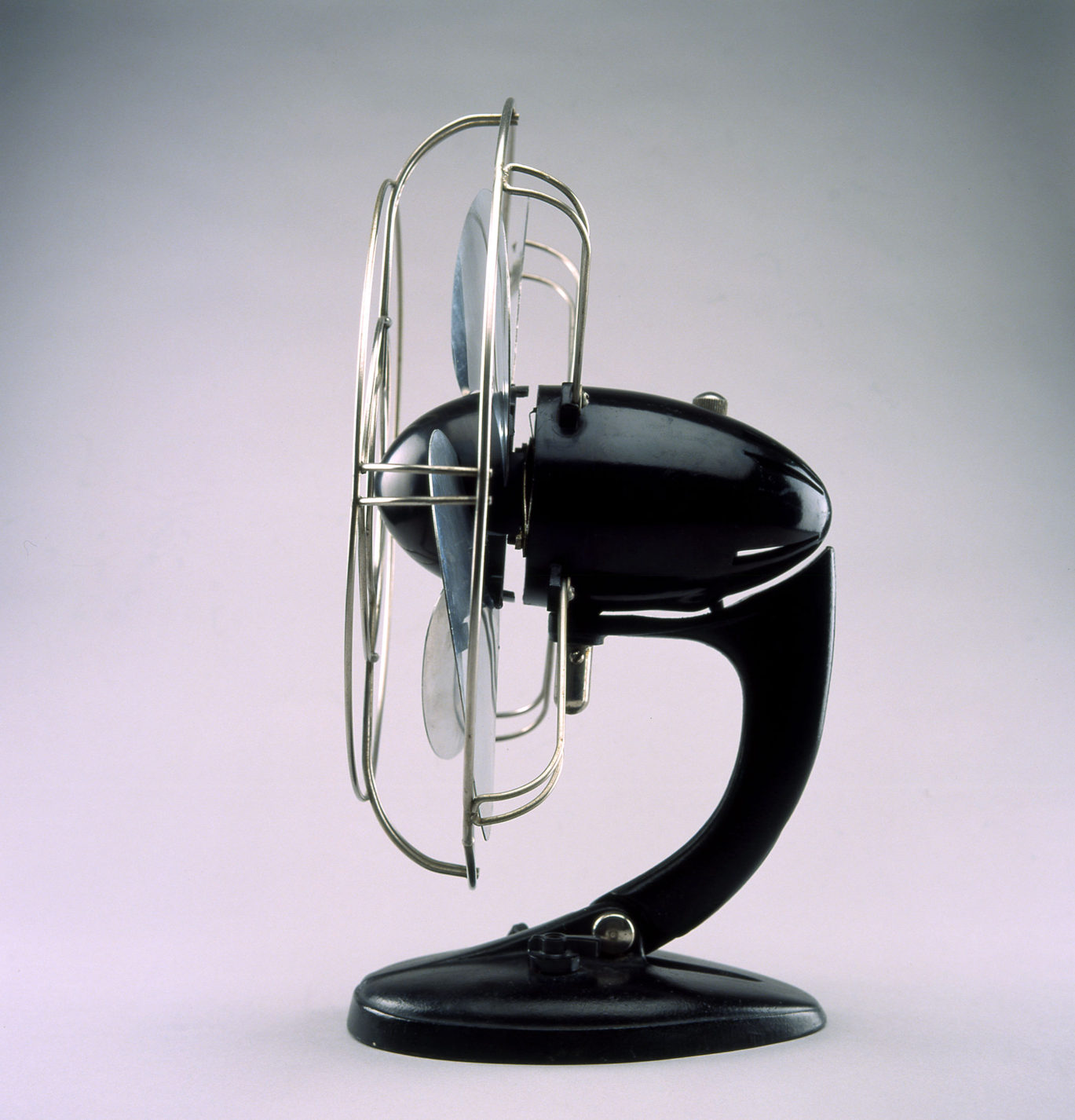 Streamlining developed in North America in the 1930s and continued through the next decade, transforming many objects to the new style as much for marketing as for design. Early twentieth century electric fans had pedestal bases and cylindrical motor housing, and their ability to circulate air was minimally suggested in the wavy wires of their safety cages.

Designers of these home appliances looked to the new streamlined propeller airplanes as a styling source. When this adjustable Airflow fan appeared in 1937, streamlined planes had been carrying mail for over four years, and the Douglas DC-3 plane had just been introduced, making coast-to-coast passenger flight possible.