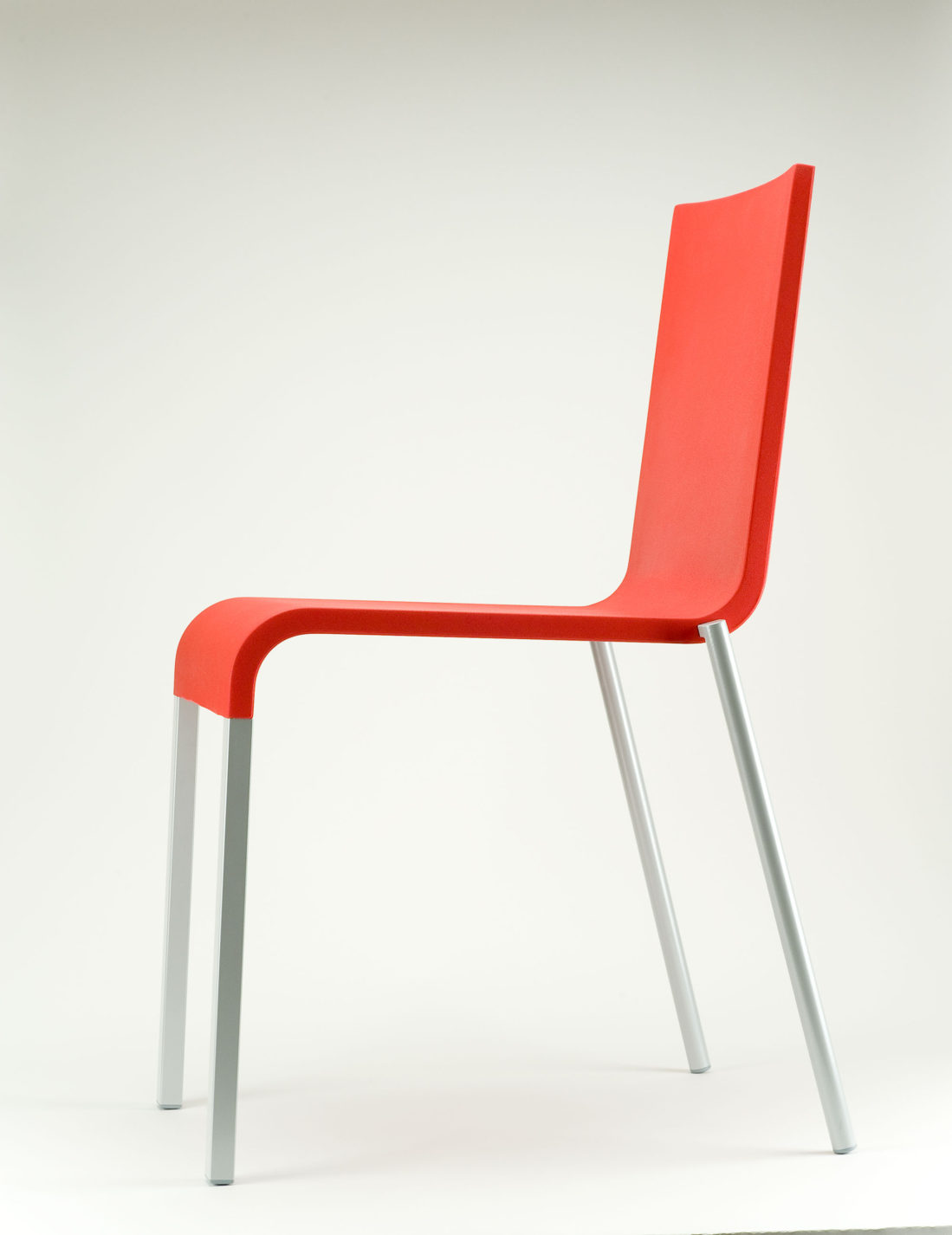 The Montreal Museum of Fine Arts, the Liliane and David M. Stewart Collection, 2015.490

The minimalist aesthetic of the 1990s is well-expressed in the work of Belgian designer Maarten Van Severen, whose brilliant career was cut short by his death at the age of 49. After studying architecture at the Royal Academy of Fine Arts in Ghent, he established his own furniture workshop in 1987. In 1996, he began designing furniture for Vitra, which allowed him to experiment with new materials and expand his range of furniture.

Although his Stacking Chair No. 3 appears simple, even austere, it is technically complex. Steel springs hidden in the seat make it strong and flexible as well as comfortable. This was his first industrially produced design and is still available in several colors.