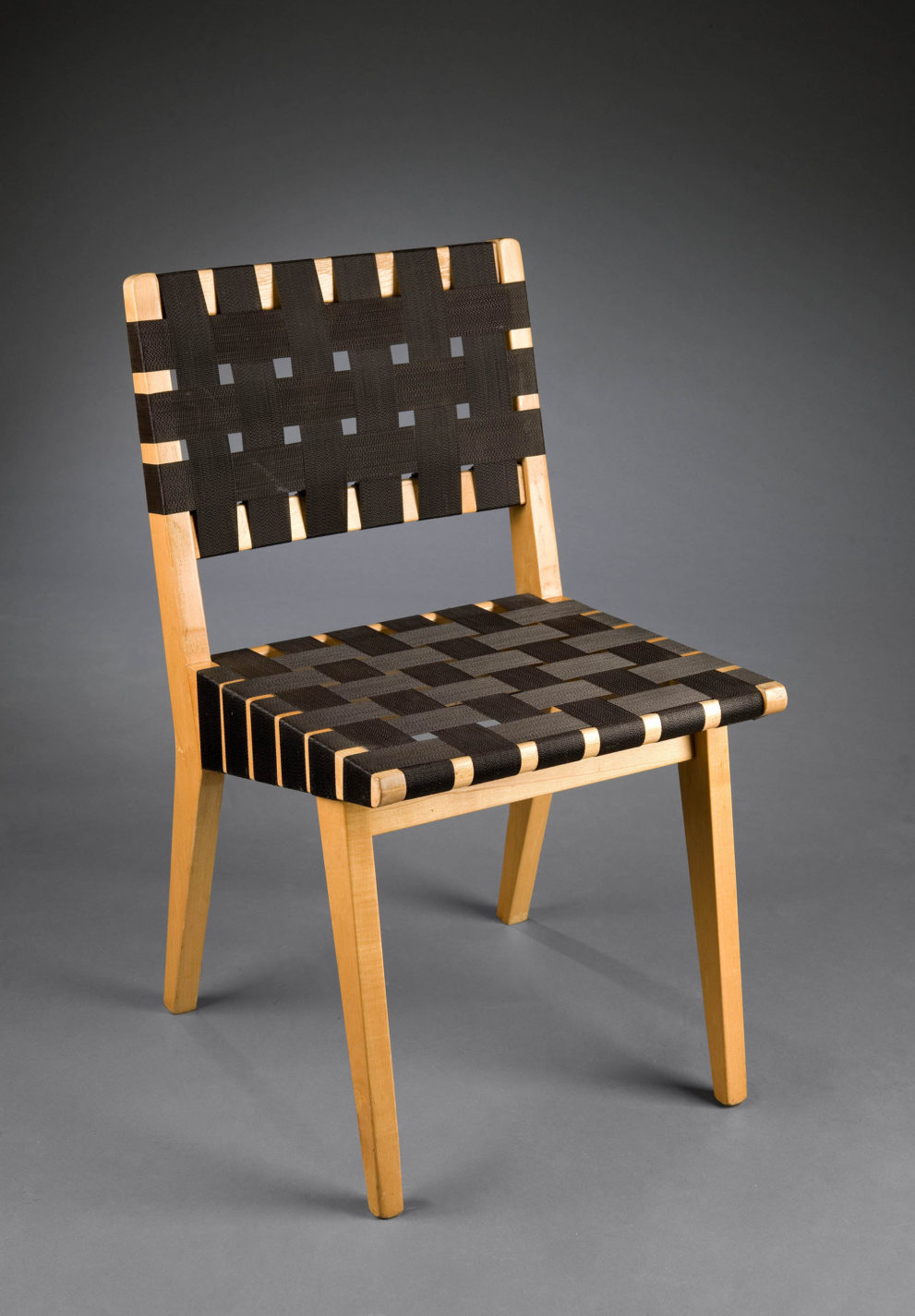 Risom, born in Copenhagen, studied design in Stockholm before immigrating to the United States in 1939. Working as a freelance designer, he created this chair for the Hans G. Knoll Furniture Company (established 1938), his first in a line of fifteen pieces for the company. He helped establish Knoll’s identity as a design-conscious firm in America.

This chair, angled and canted, illustrates an austere minimalism associated with Scandinavian modernist design. Webbing was used instead of traditional upholstery and it was low-cost, easily assembled from a few simple parts. In 1946, Risom opened his own firm to design, manufacture, and distribute his furniture.