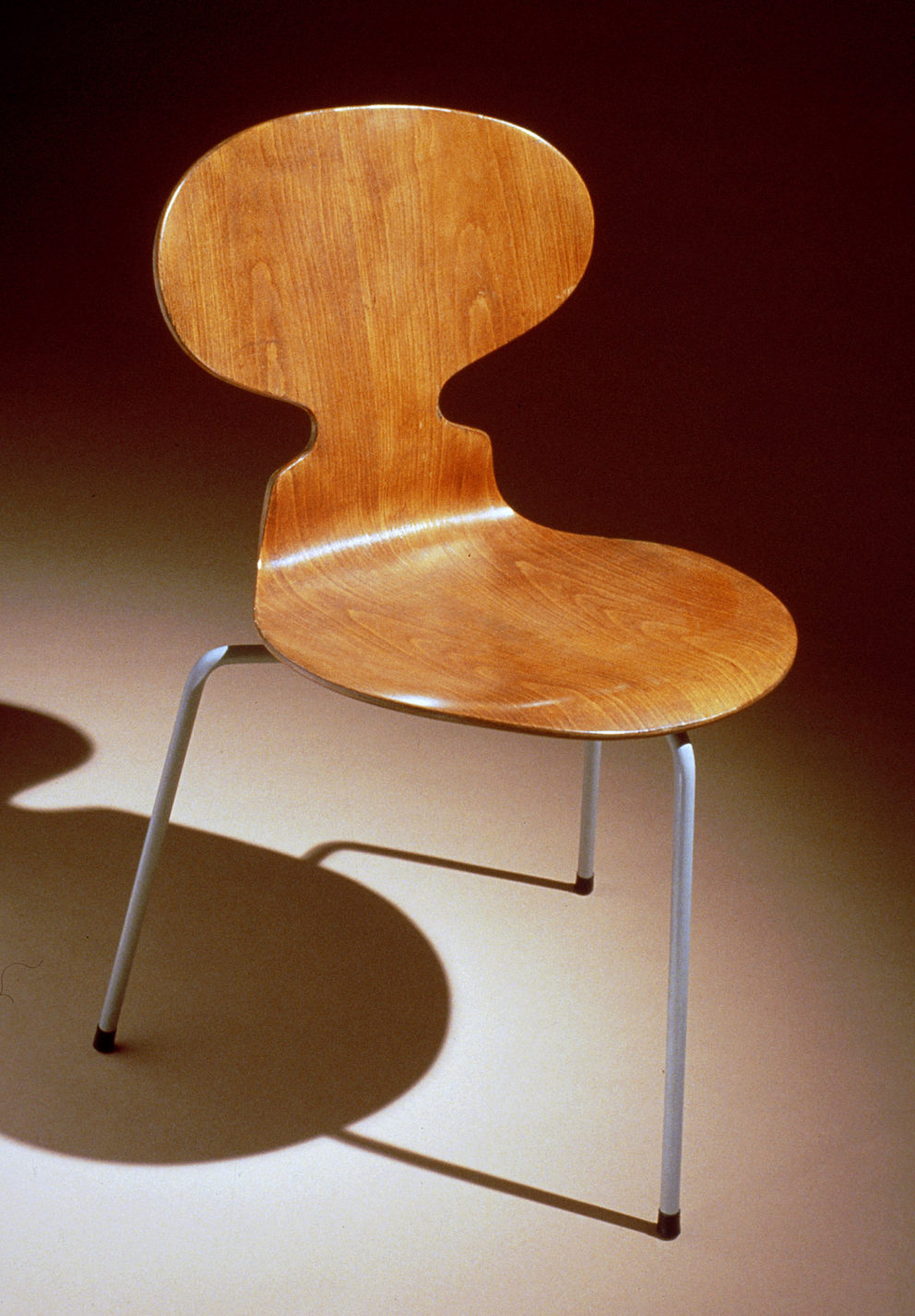 Danish architect and designer Arne Jacobsen turned his attention to industrial production in the 1950s. The Ant chair consists of an oval seat and back joined by a slender neck, resembling the outline of an ant, hence its name. The plywood shell, like chairs by Charles and Ray Eames from the previous decade, was molded in three dimensions.

The tubular-steel supports were attached to the plywood seat by rubber mounts and a metal plate. The popularity of the chair is seen in its continuous production by Fritz Hansens to the present day.