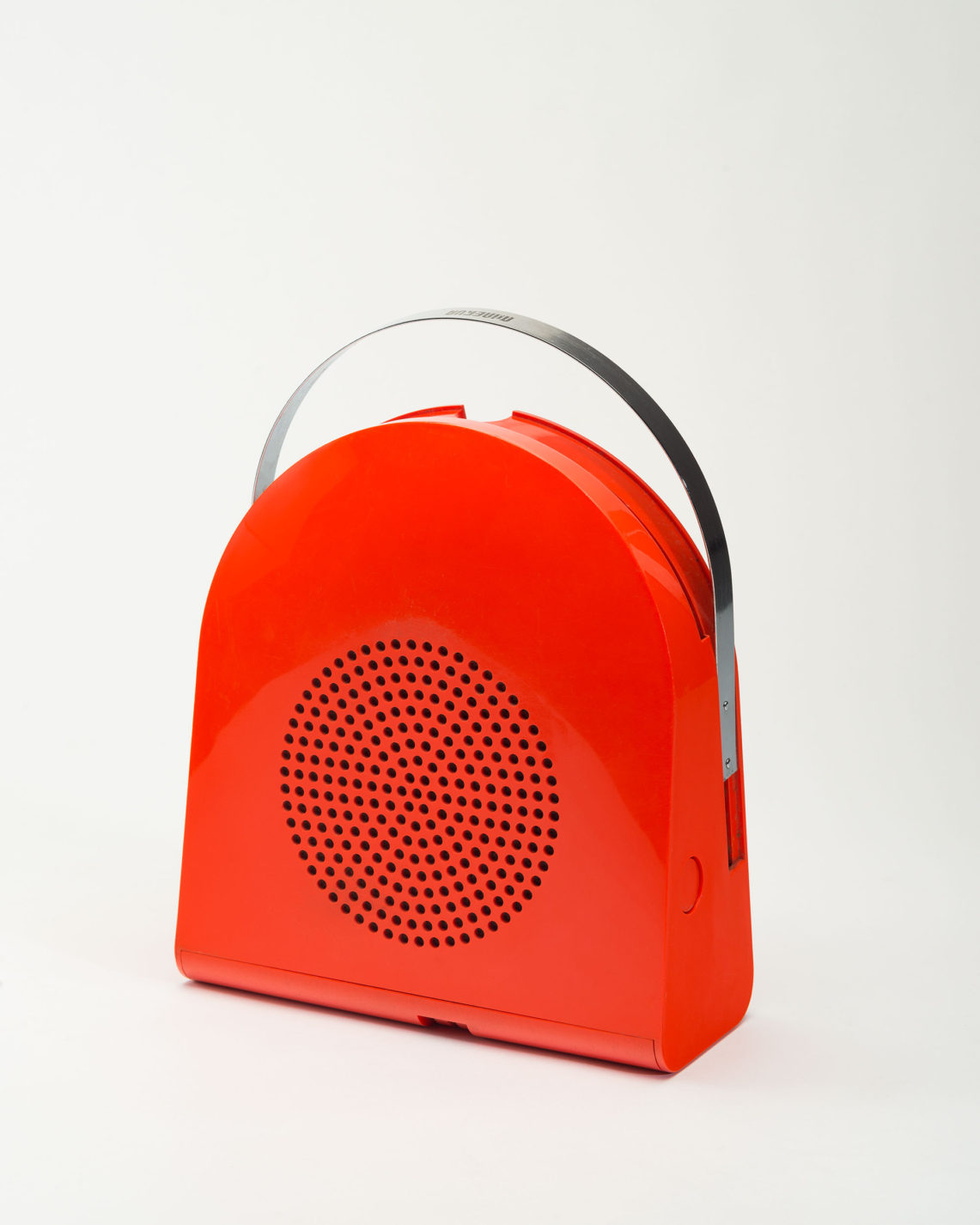 The Liliane and David M. Stewart Program for Modern Design, 2010.71

Bellini developed the internal components of this record player in collaboration with his brother Dario. According to their utility patent for the complex mechanism, the user slides a 45-rpm record into the slot in the rounded top, which automatically triggers the mechanism to play the record. This arrangement resulted in a compact, functional, and beautiful design that could be taken anywhere—its conforming metal handle extends so it can be carried like a handbag.

The mechanical parts are completely covered by the shining plastic shell, with the speaker set behind a perforated circle near the center. The base could be opened to access the battery compartment. Its bright red was one of several bold color choices available.