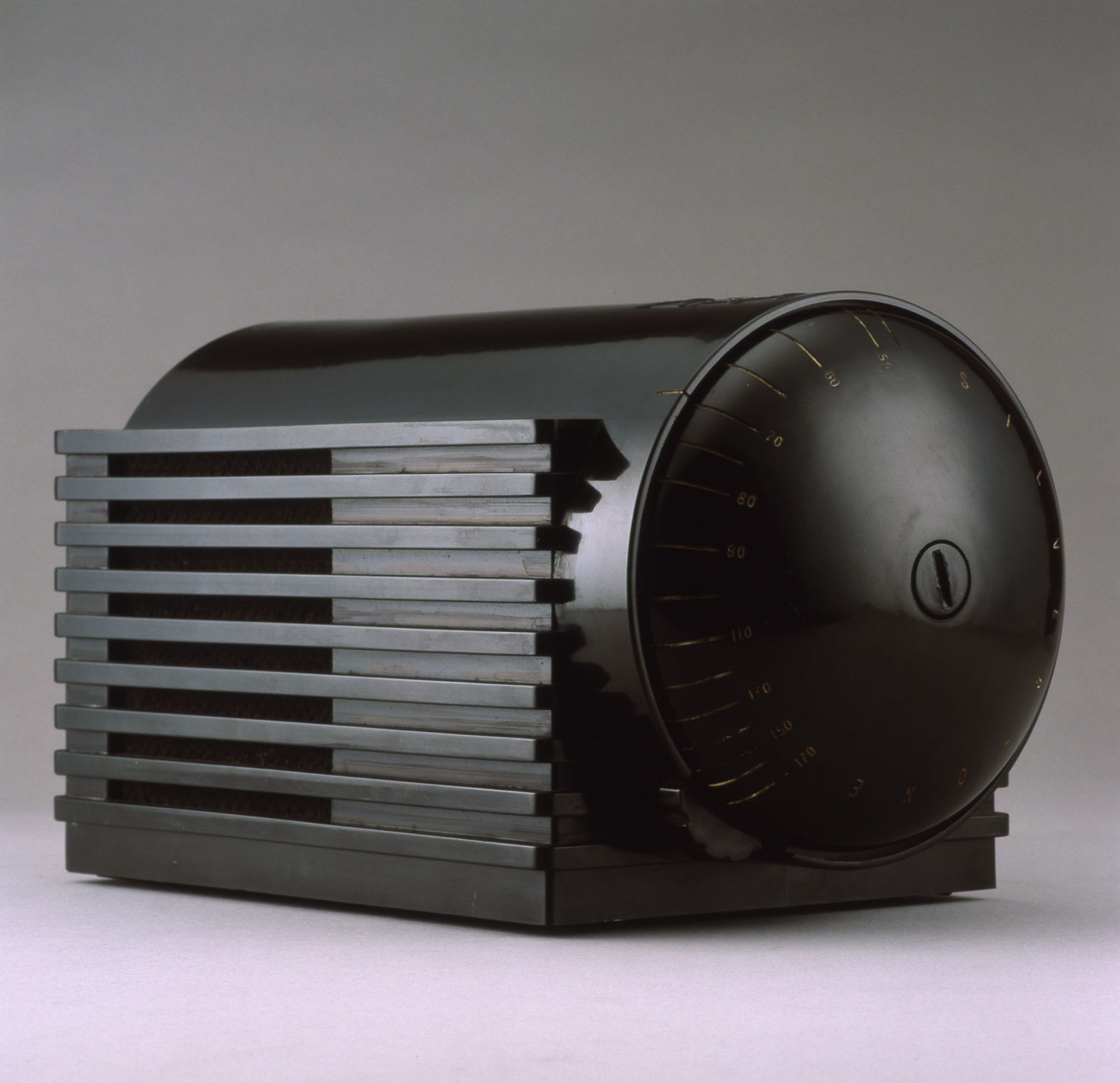 In the 1930s manufacturers experimented with making radios and other products from new plastics that came on the market, including Bakelite. Plastic table radios were becoming less expensive and more popular with consumers. This futuristically styled Rocket radio in shining black, part of the Silvertone line sold by the gigantic mail-order retail company Sears, Roebuck, greatly resembles a streamlined train engine of the period.

The dome on the end served as the tuning dial, and favorite stations could be set for quick access from the six push buttons on the top. The Sears catalogue offered this model for $12.95 and claimed it was “as new as tomorrow.”