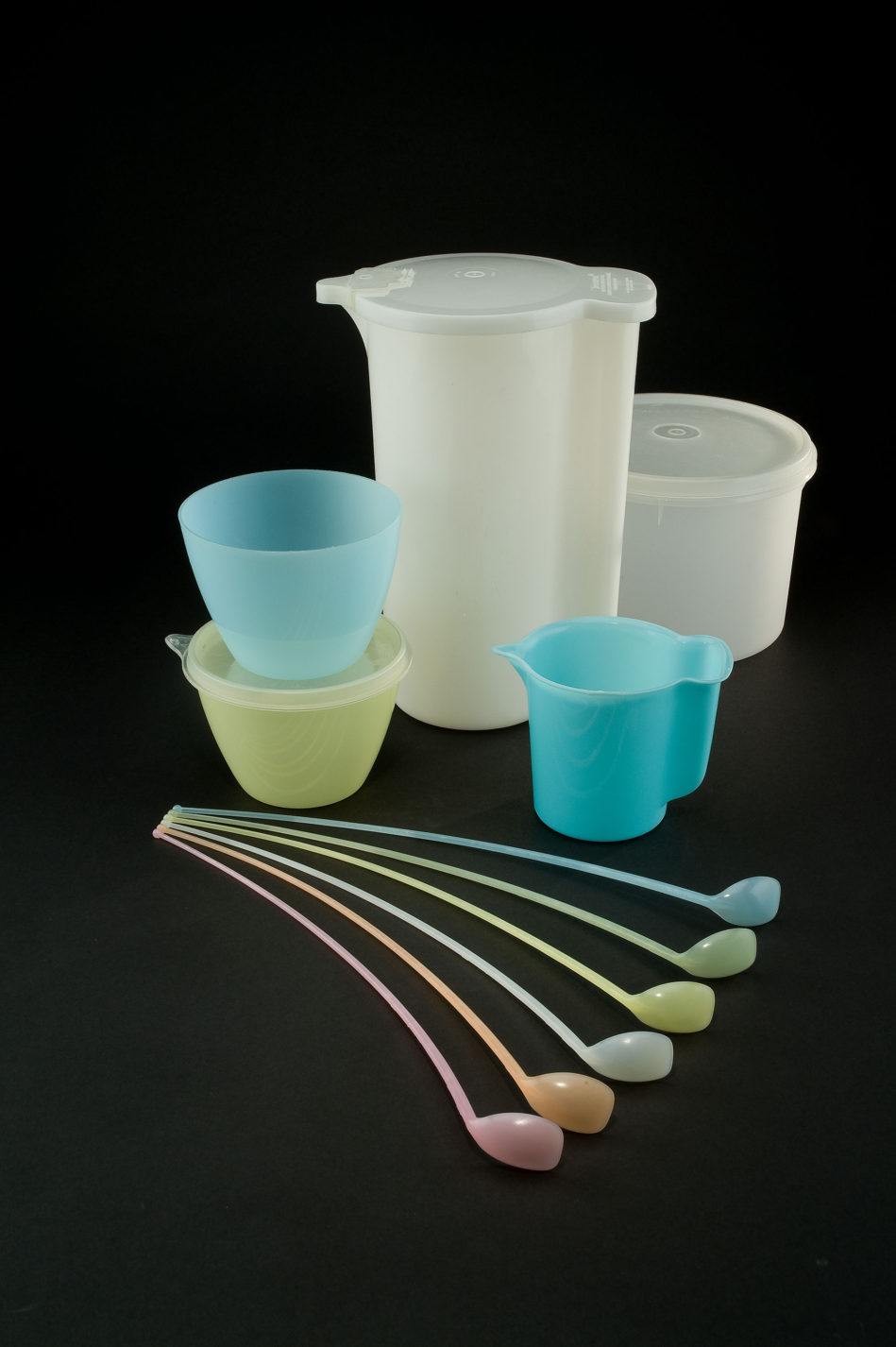 Plastic first became popular in the early twentieth century as a low-cost alternative to other materials. Although concerns about excessive use of plastics would emerge toward the end of the century, when Earl Tupper began his experiments with plastic in the early 1940s, the material was popular for inexpensive everyday objects.

His polyethylene containers were soft and flexible, and the air-tight “Tupper Seal,” introduced in 1949, made them unique for food-storage. The simple, functional Tupperware line was recognized for its aesthetic qualities, praised by House Beautiful magazine in 1947 as “Fine Art for 39 Cents.”