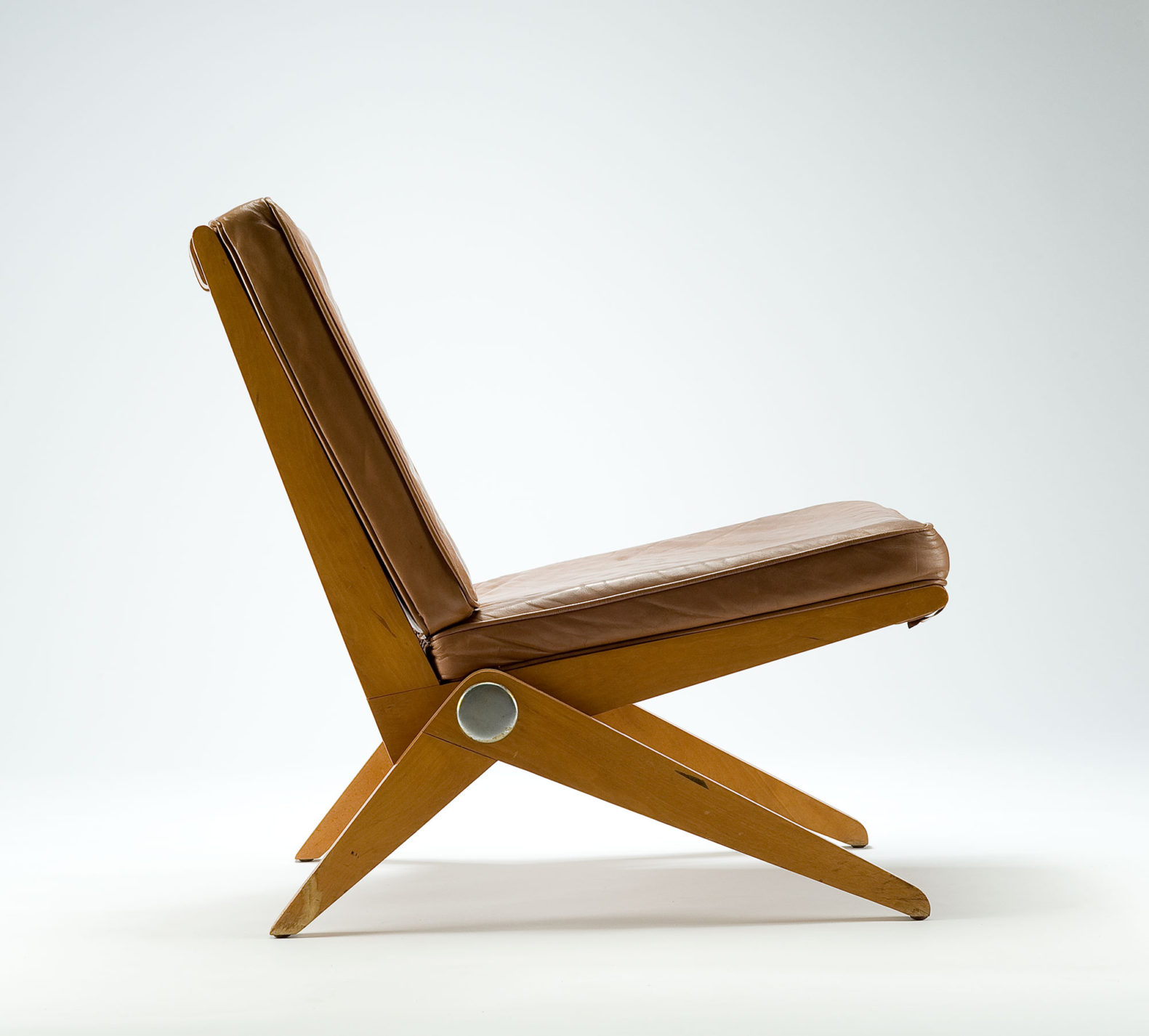 A native of Switzerland, Jeanneret studied architecture in Geneva before he moved to Paris in 1920. From 1922 onward, he worked in the office of his cousin Charles Edouard Jeanneret (the architect known as Le Corbusier). The cousins collaborated on several buildings and furniture designs, but this lounge chair is by Pierre alone.

Hans and Florence Knoll saw the chair while touring Europe and licensed the design, introducing it as Model 92 in 1948. It was listed in the 1950 Knoll catalogue and later known as the Scissors chair. Simple upholstered leather covered pads for back and seat rest against a webbed wood frame. The popular chair was used in many mid-century interiors, including those designed by Florence Knoll.