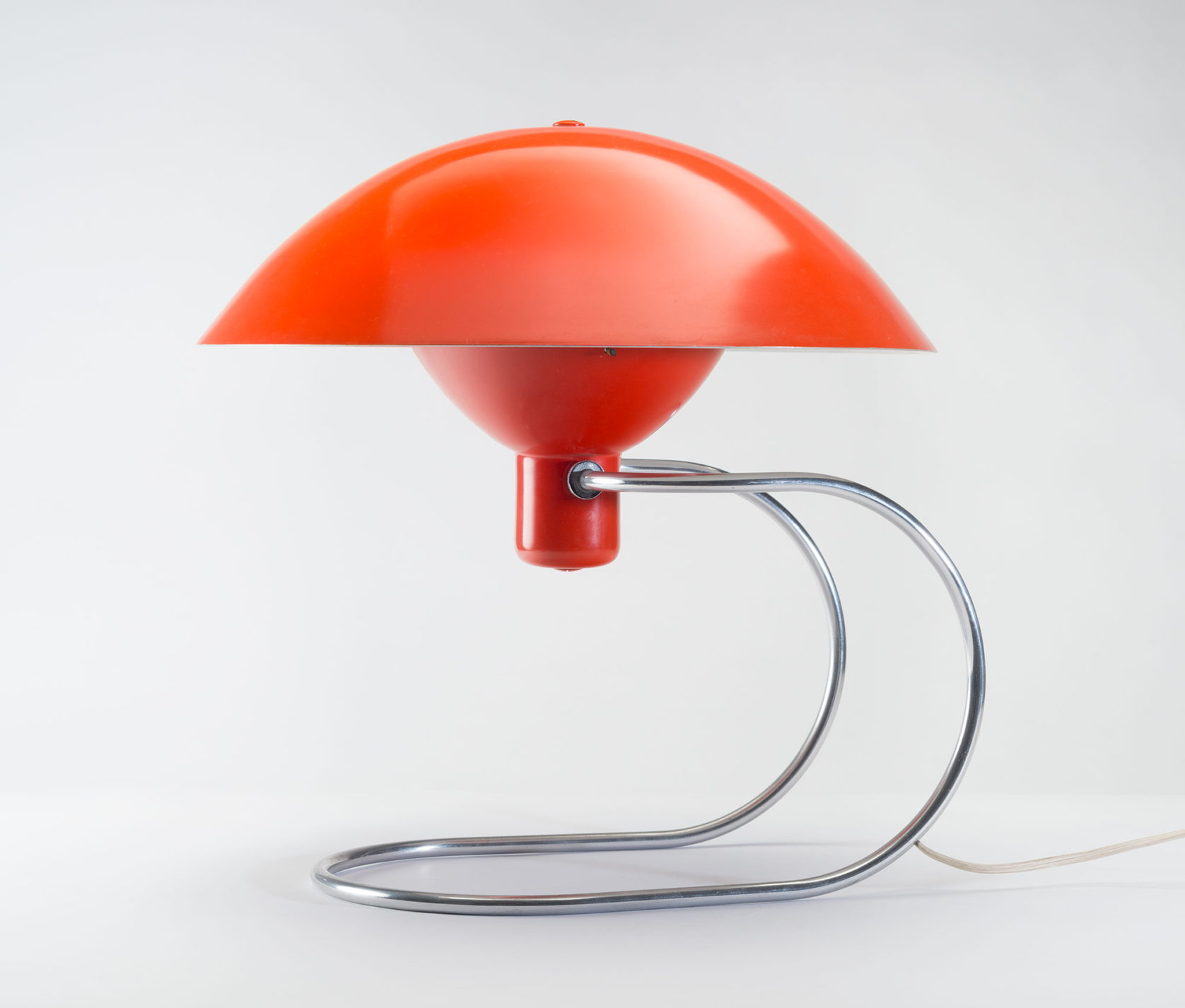 The Liliane and David M. Stewart Program for Modern Design, 2011.20

Swedish-born Greta von Nessen graduated from the School for Industrial Arts in Stockholm. After her marriage to German designer Walter von Nessen in 1925, she immigrated to be with him in New York, and they opened the innovative lighting design firm, Nessen Studios, in 1927. The studio closed after Walter’s death in 1943, but Greta revived it two years later and became known for her own designs.

It continues in business to the present day, now as Nessen Lighting. Anywhere is a late example of American streamlining, seen in its domed shade and dramatic curved tubular cantilevered support. As its name suggests, Greta’s best-known design could be mounted, or suspended, or placed virtually anywhere.