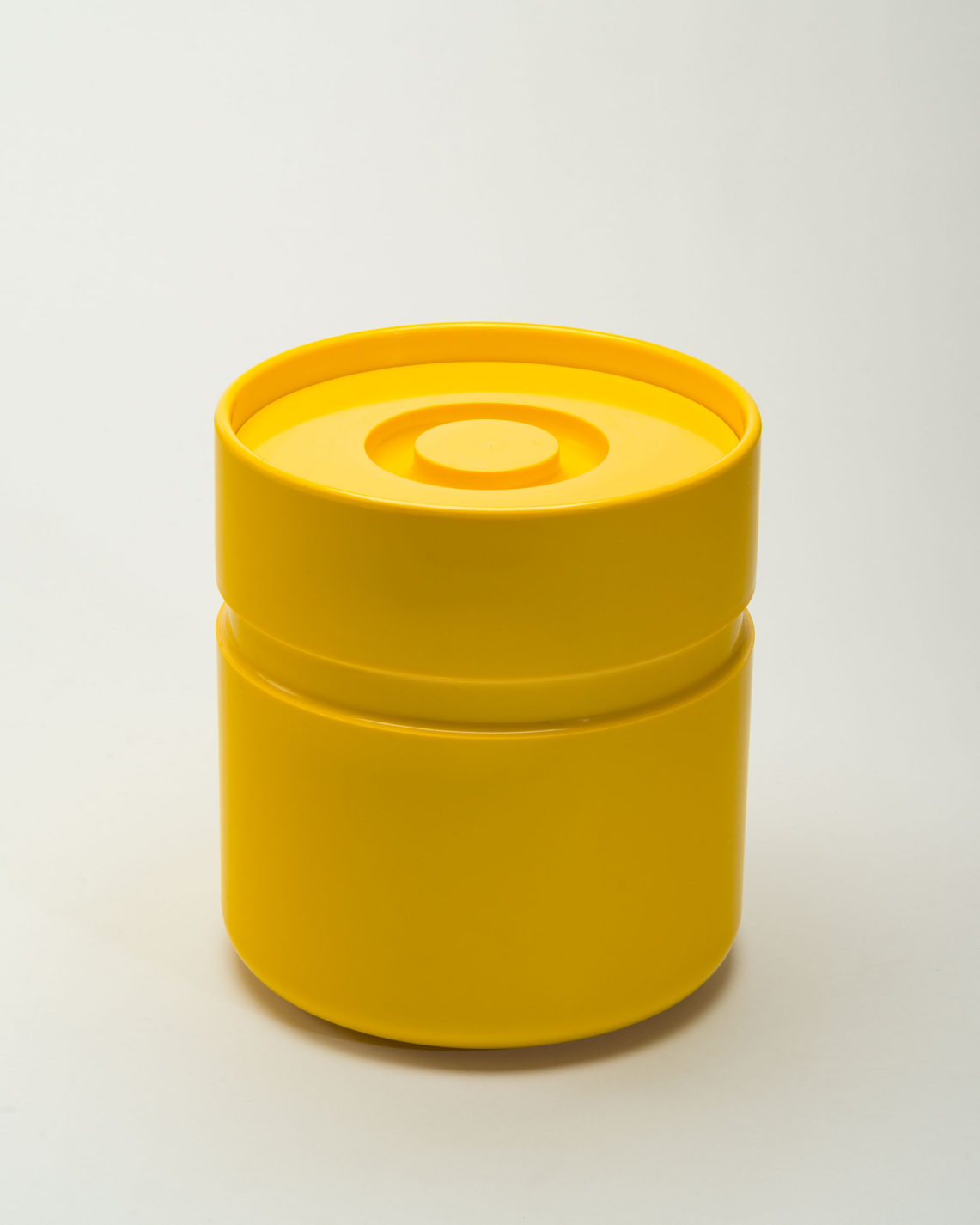 Asti, who was trained as an architect, established his own design studio in Milan in 1955 and was a leading product designer for Danese, Heller, and other manufacturers for more than four decades. This brightly colored ice bucket is an example of the functional Italian plastic design of the 1960s and ’70s.

In place of protruding handles—the lid’s molded circular ridges and an indented groove around the bucket’s perimeter function as handles. This simple everyday object was produced in Italy for Heller in New York, best known for its stacking dinnerware by Massimo and Lela Vignelli since 1971.