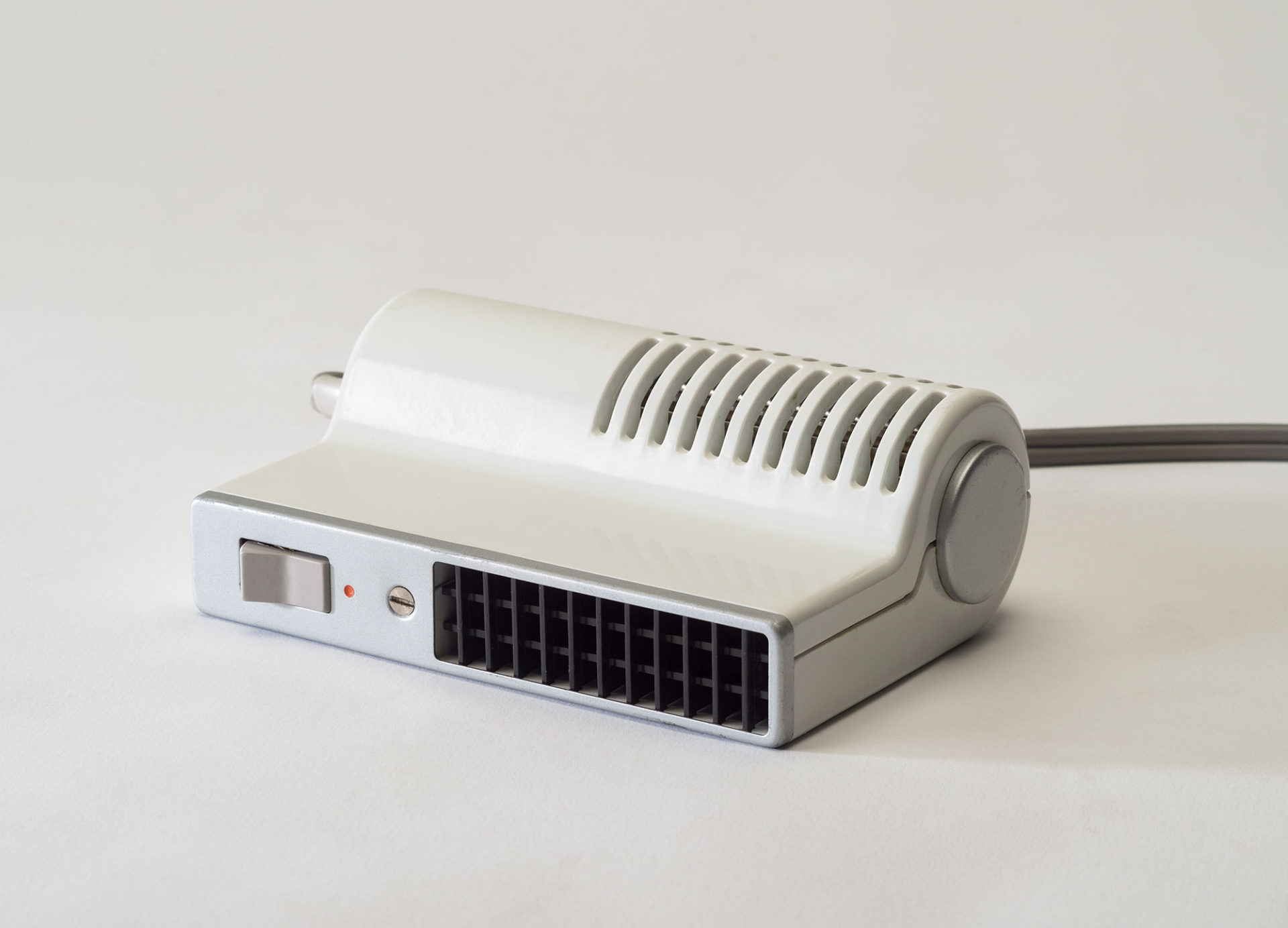 Weiss began working for Braun in 1959, the year he graduated from the Ulm Academy of Design, and became deputy director of the design department before he left in 1962. Weiss was instrumental in creating the relationship between the school and Braun, which shared the legacy of the Bauhaus and its principles. Weiss designed this smooth, compact hair dryer, the first produced by Braun.

Known for its minimal, functional designs, Braun’s first hair dryer, available in black or white, had no handle: its harmonious design included a smooth cylindrical casing for the the motor that also served as a grip. After leaving Braun in 1967, Weiss moved to the United States and continued to design products for several corporations.