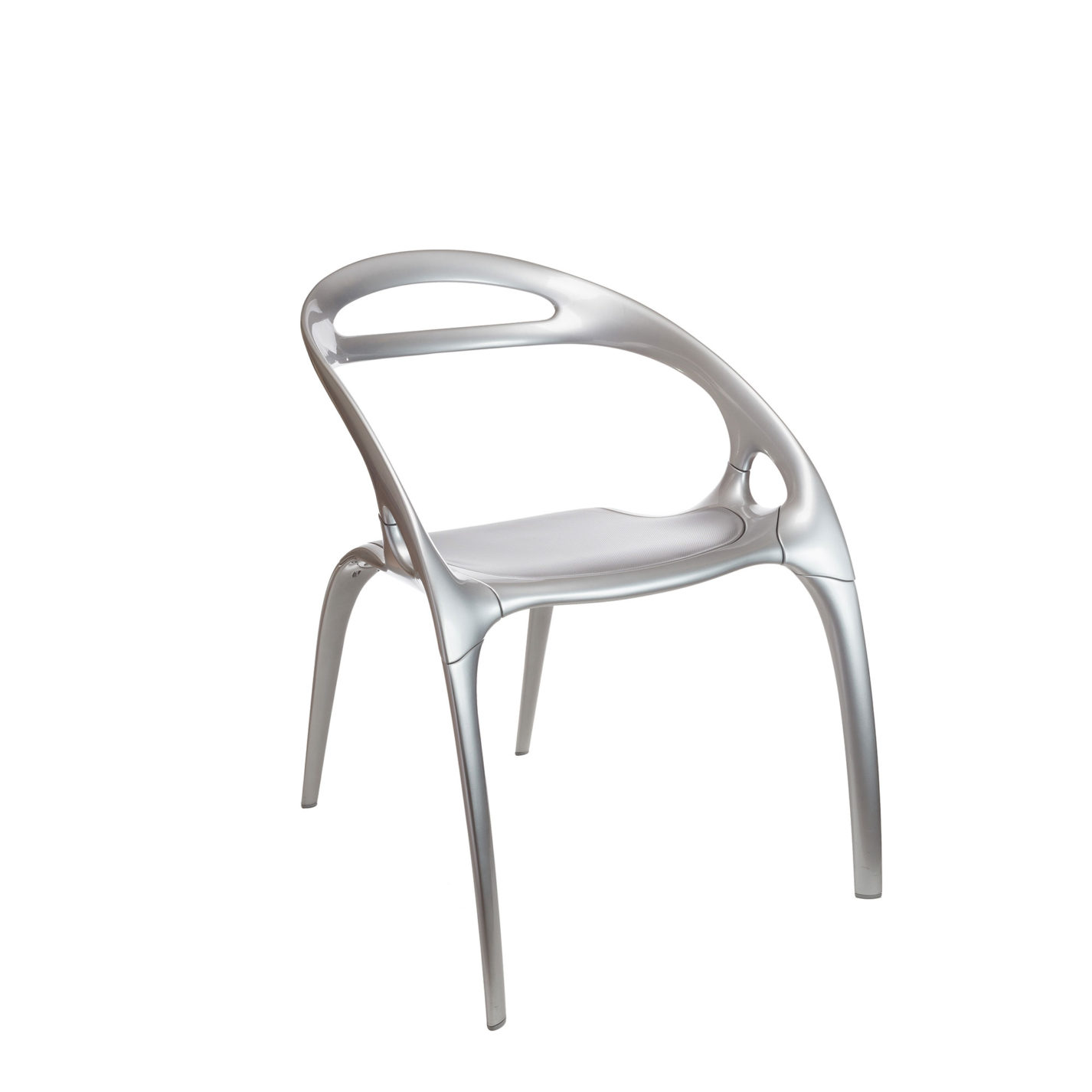 The Liliane and David M. Stewart Program for Modern Design, gift of the designer, 2004.6

Ross Lovegrove, a Welsh-born designer known for his design innovations, is one of many talented graduates of the Royal College of Art in London. Bernhardt, an American office-furniture manufacturer founded in the late 1800s, charged Lovegrove with creating a new form for their furniture line—something affordable, versatile, lightweight, and exciting to advance their reputation as a design leader.

Lovegrove’s aerodynamic Go chair was the first to be made of magnesium—an ingenious, and necessary, adaptation when the originally selected aluminum proved to be too heavy for the design. The chair’s front legs and back form a continuous swooping U shape around a molded phosphorescent seat. Its design was inspired by futuristic American automobiles and other streamlined objects. Esquire magazine claimed Go was for the man who wants his chair to resemble a race car.