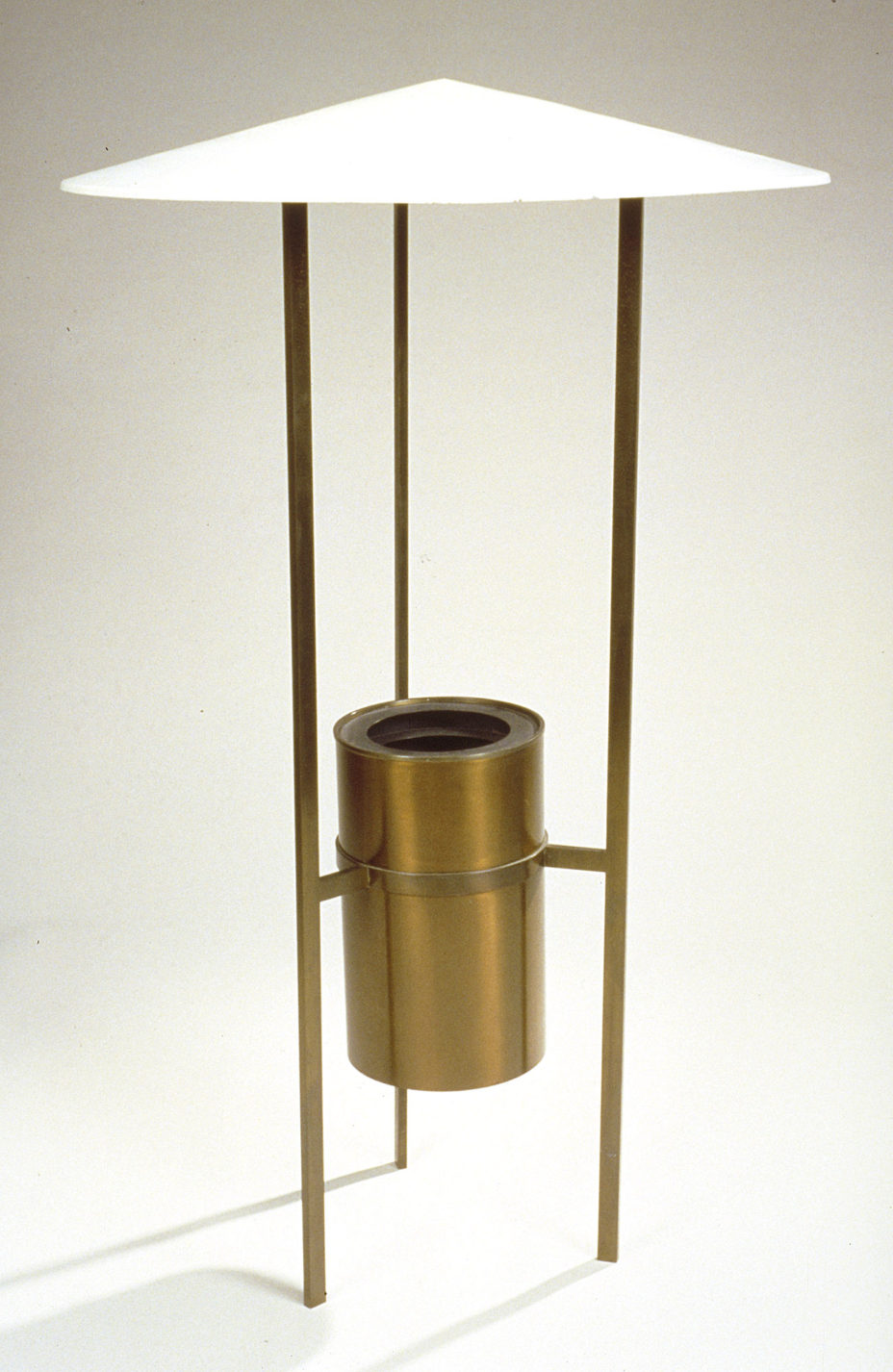 Philip Johnson teamed with lighting designer Richard Kelly to create this low floor lamp for his 1948 Glass House in New Canaan, Connecticut, which was a challenge to light because of the all reflections within the glass-walled structure. The shallow aluminum cone shade supported by delicate bronze legs shows the influence of Japanese design, which appealed to the minimal taste of modernists at midcentury.

A bronze canister limits the glare from the hidden bulb, which projects a beam of light into the white underside of the shade to deflect the light downward, creating a pool of indirect light. The production version of the lamp is four-legged for stability. An identical lamp remains in the Glass House.