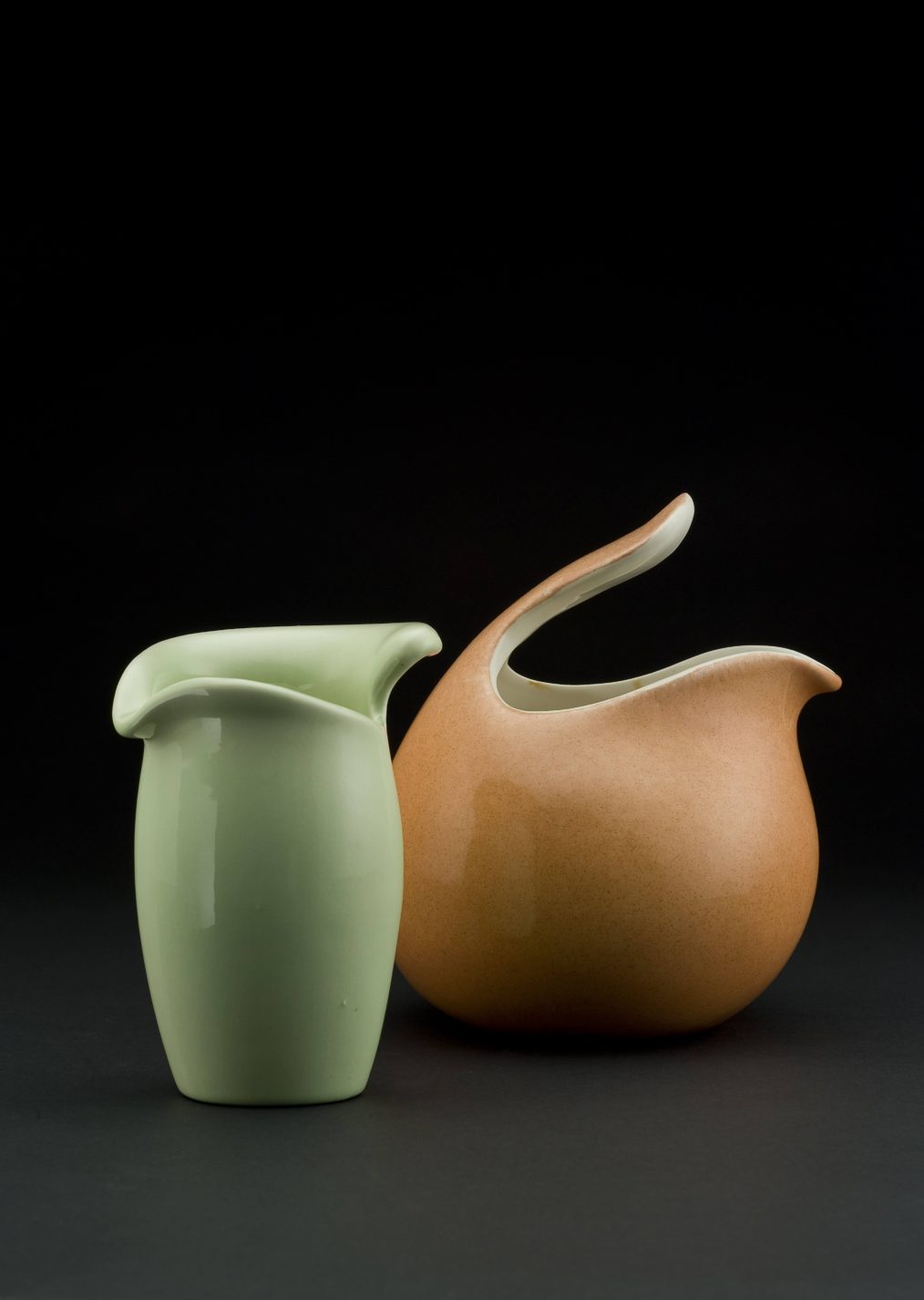 Hungarian-born ceramist Eva Zeisel worked in Germany before moving to Russia in 1932 where she was named Artistic Director of the China and Glass Industry of the Russian Republic. In 1938 she immigrated to New York, where she designed ceramic lines for various factories, including the Town & Country dinnerware line for the Red Wing Pottery. The rounded organic forms were intended for America’s informal lifestyle and offered in colors that could be mixed and matched.

In 1983, the Montreal Museum of Decorative Arts approached her to organize an exhibition on her work that inspired her to return to ceramic design, which she continued until her death at the age of 105.