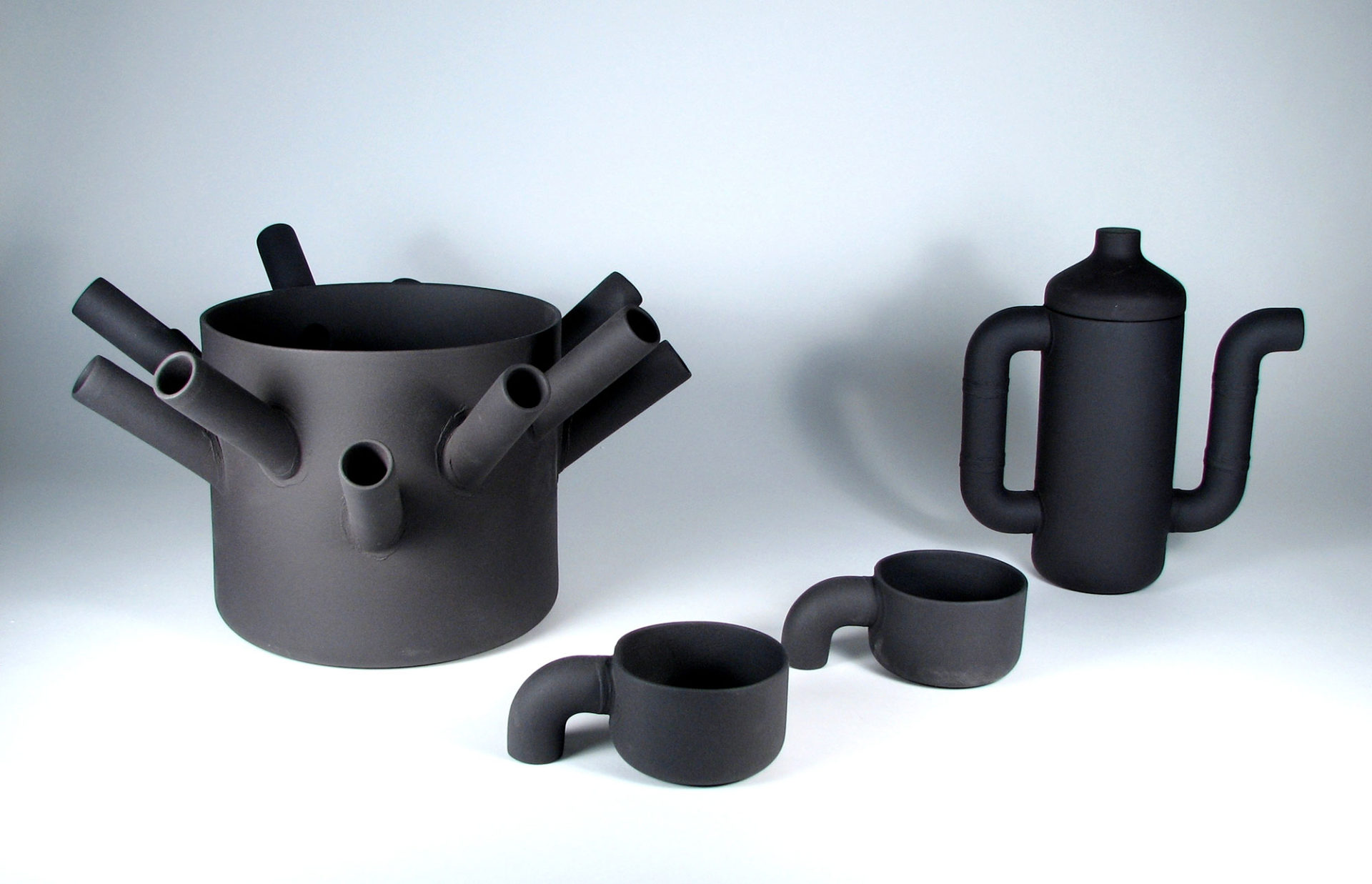 The Montreal Museum of Fine Arts, the Liliane and David M. Stewart Collection, 2011.173.2

After her graduation from the Royal College of Art in 1995, Dutch designer Ineke Hans first worked for Bořek Šípek before setting up her own studio in 1998. A residency at the European Ceramics Work Centre allowed her to experiment and learn new techniques.

In this process, Hans became interested in methods for assembling and mass-producing tableware from molded parts. In her Black Gold series, she attempted to assemble as many form types as possible from as few molded component types as possible.