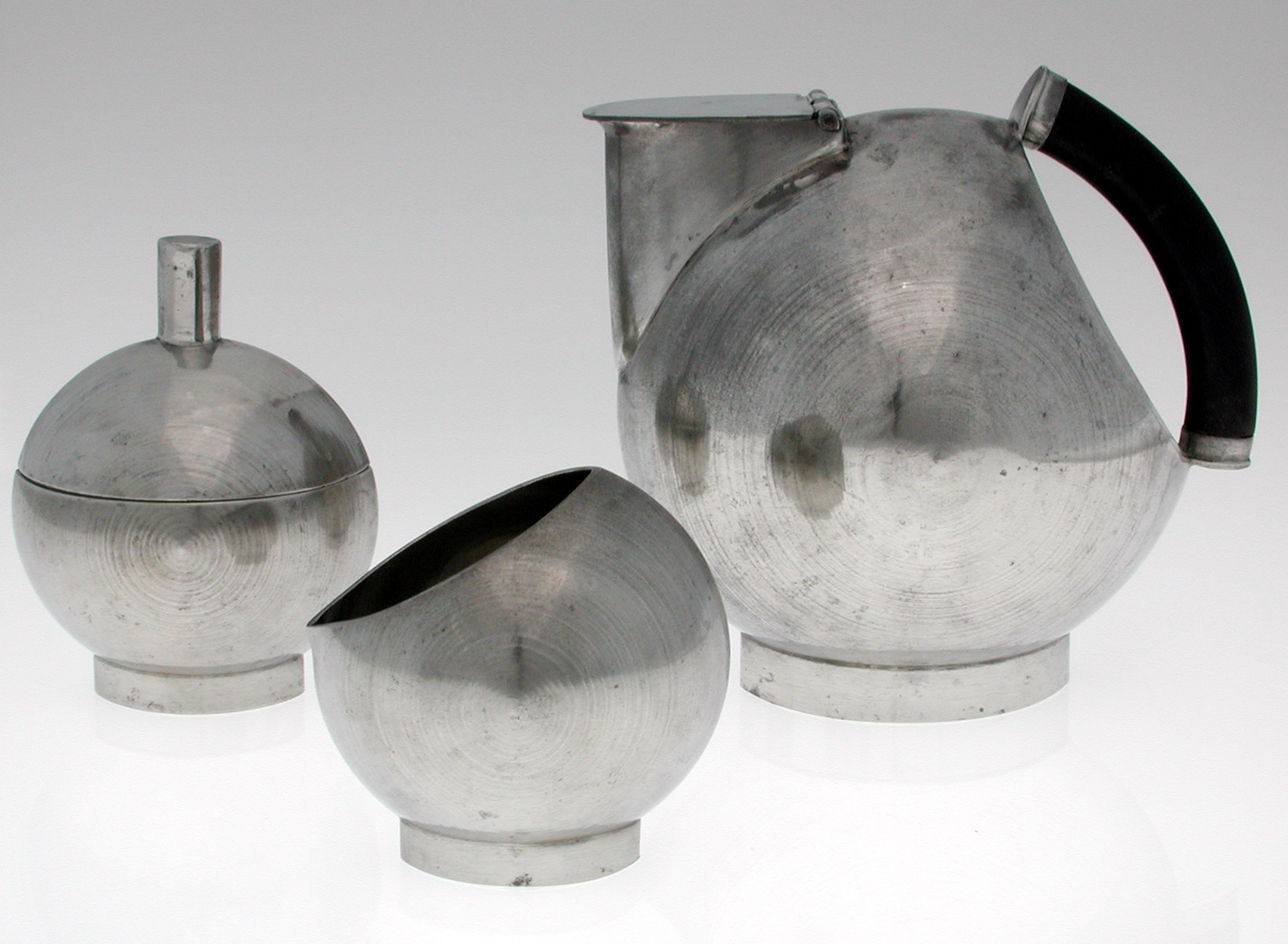 Bertoia is known today primarily as a sculptor, but he was also a metalsmith. After graduating from the Cranbrook Academy of Art—a Michigan-based school, headed by Finnish architect Eliel Saarinen, where European modernist design could be learned in a hands-on studio environment—he taught in the school’s metalsmith department from 1938 to 1943.

This set’s repeated theme of circles shows the influence of French silversmith Jean Puiforcat in its configuration of geometric forms, as well as the effect of American streamlining, which was popular when this set was created.