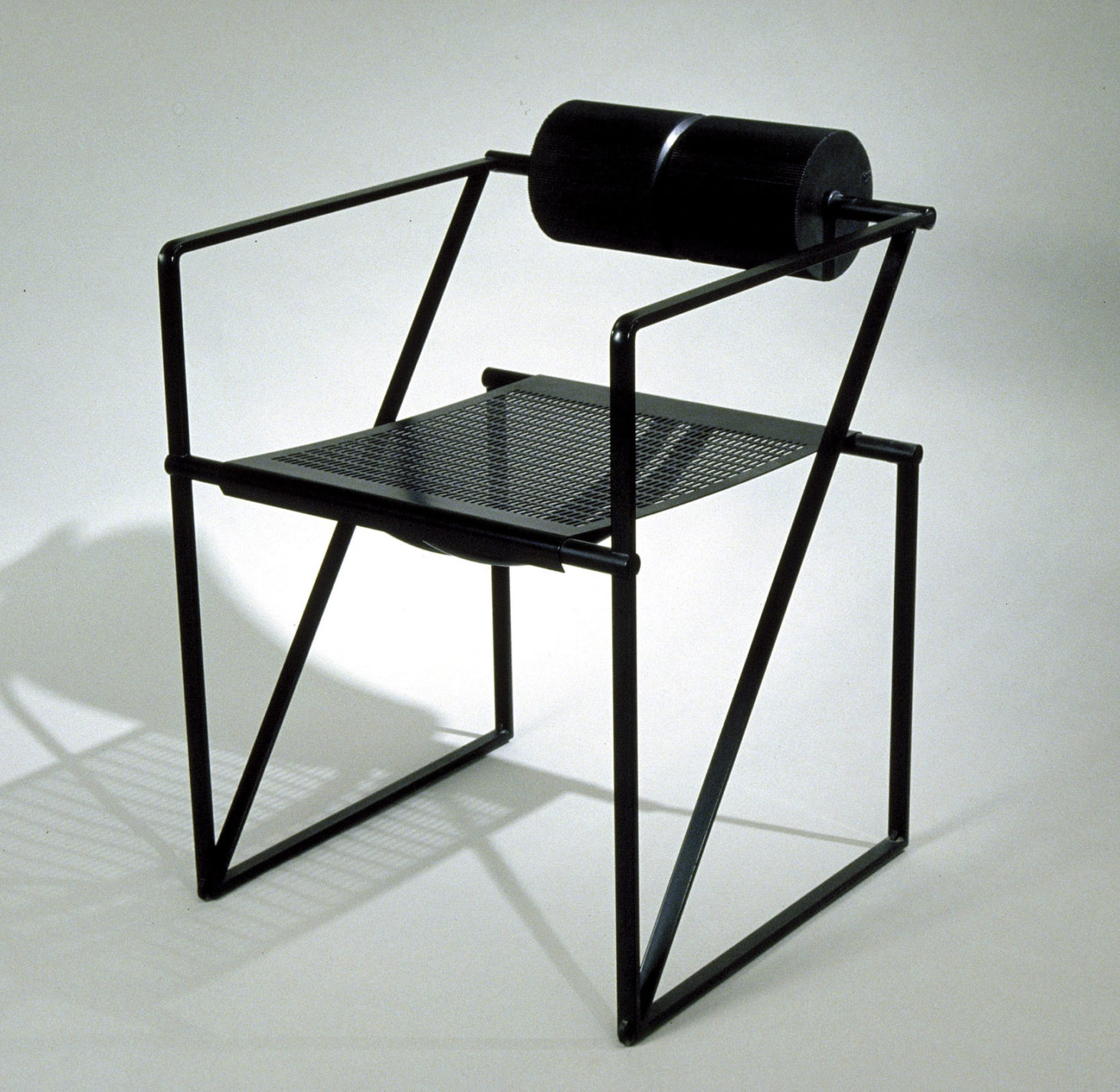 Swiss modernist architect Mario Botta has designed furniture for his building commissions as well as for production. His elegant furniture and architecture are characterized by geometry, formal order, and structural clarity. The Seconda armchair follows an earlier armless version called Prima. For Botta, the language of the Bauhaus was still relevant, seen in the reductivist geometric form.

The chair’s black metal skeleton and the counterpoint of its crisp lines and the geometric forms of its seat and back evoke the austerity of modernism, and the overall form mimics Mies van der Rohe’s tubular-steel furniture from half a century earlier. Although it appears uncomfortable, its seat is flexible perforated metal, and its cylindrical back is composed of two soft foam cushions.