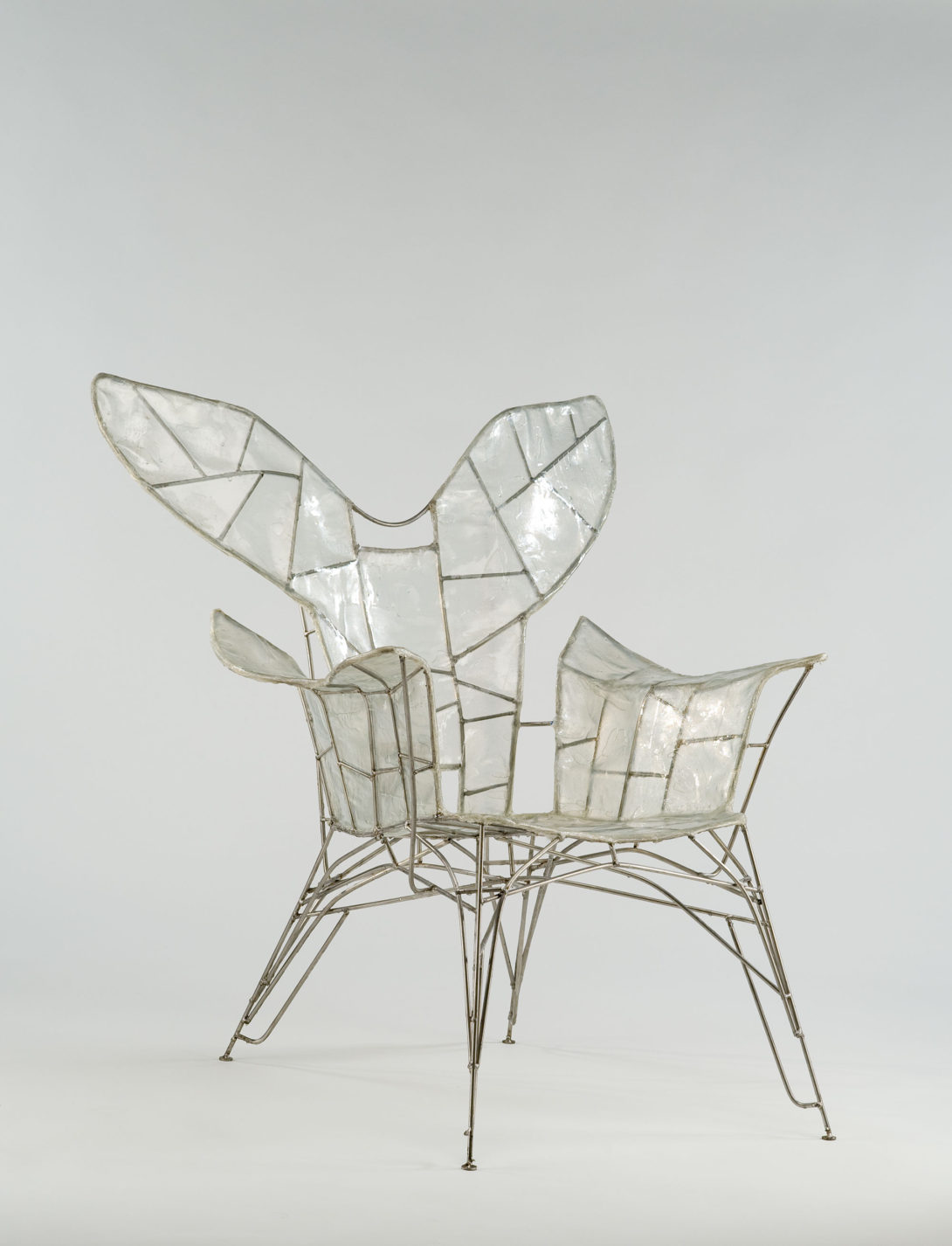 The Montreal Museum of Fine Arts, the Liliane and David M. Stewart Collection, 2002.9

This armchair appears like a gigantic insect of science fiction, as it merges sculpture, craft and industrial design, and reflects the art of today. Lindfors prefers an irregular handcrafted look to the precision of industrial design. Its plastic resin has the transparency and sheen of insect wings and its pattern of rods mimics the complexity and adaptations of nature.

In addition to his role as an industrial designer, Lindfors is an interior designer, film-maker, and sculptor. His enormous bird sculpture, erected at the Helsinki Airport in 2017, has a structure similar to this chair.