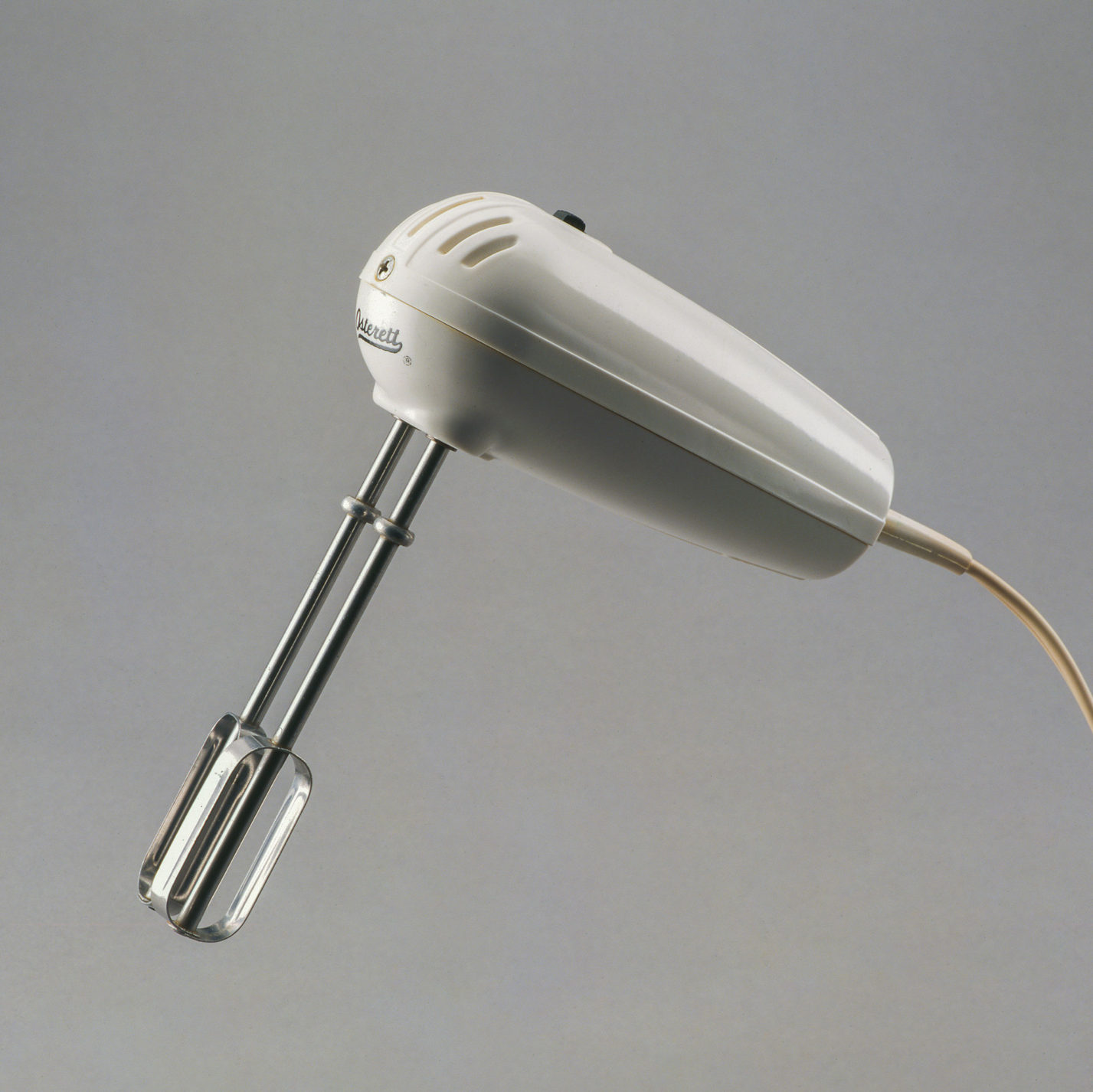 The styling of Iannelli’s streamlined portable mixer is very different from that of earlier stand-mixer models, and its compact form underlines its convenience. It allowed the housewife to beat ingredients anywhere—on the stove or the breakfast table, or the kitchen counter. The Oster Company marketed its Osterett as an affordable accessory, its brochure proclaiming, “Oster quality products for better living.”

Shorter than other hand-held mixers, weighing under two pounds thanks partly to its greater reliance on plastic, it was “not tiring to use,” according to the brochure. Alfonso Iannelli, known for his cubistic sculptures and posters, began to design and patent home appliances for a several corporations in the 1920s.