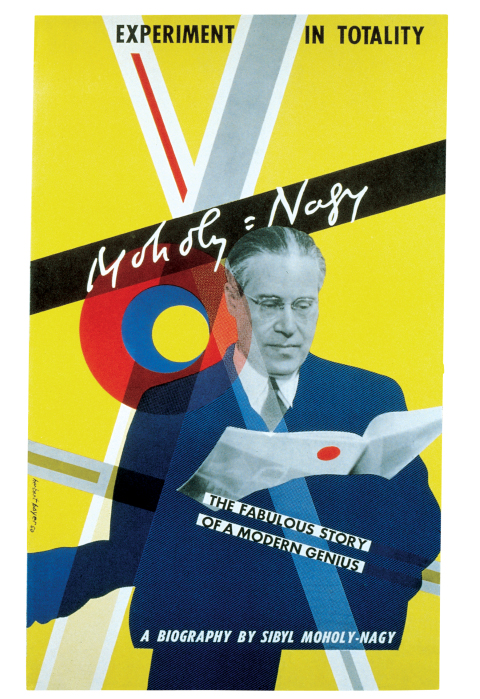 Bauhaus master Herbert Bayer immigrated to New York in 1938, following his friend and fellow Bauhaus master László Moholy-Nagy. After Moholy-Nagy died in 1946, his second wife and collaborator,Sibyl Moholy-Nagy, wrote the book Experiment in Totality, published in 1950 by Harper and Brothers, about his work as a painter, typographer, photographer, stage designer and architect. Bayer designed this placard to advertise the book.

He used only primary colors and placed a photograph of Moholy against a yellow ground with diagonal bands that recall the artist’s early Constructivist style of the 1920s. Acknowledging Moholy’s interest in typography, Bayer used blocks of different lettering styles, in white or black, set at angles in typical Bauhaus fashion.