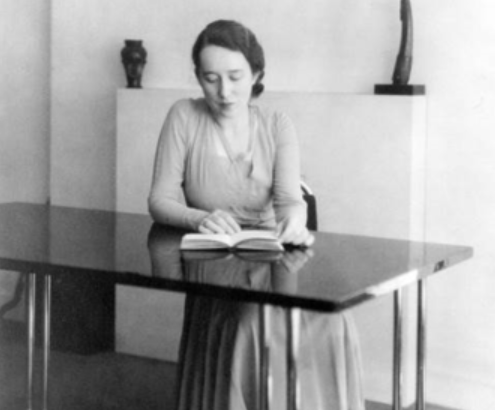 This dining table and four chairs were acquired by Alfred H. Barr Jr., first Director of the Museum of Modern Art, around 1931 for use in his apartment at 424 East 52nd Street in Manhattan. This set, along with other tables also purchased from Ypsilanti Reed, went with the Barrs when they moved to a new apartment around the corner at Two Beekman Place. Barr himself designed this interior, incorporating artwork he collected, as seen on the pedestal behind the table. Tubular-steel furniture was invented in Germany in the 1920s, and Barr had seen the work of such masters as Marcel Breuer and Mies van der Rohe in magazines and on his visits to Europe.

Rather than ordering the furniture from Germany, which would have been expensive, he settled for American designer Donald Deskey’s adaptations of Breuer’s designs. Tubular-steel furniture appealed to Barr’s sense of simplicity and unornamented funtionality as essential to modern design which he promoted at MoMA. 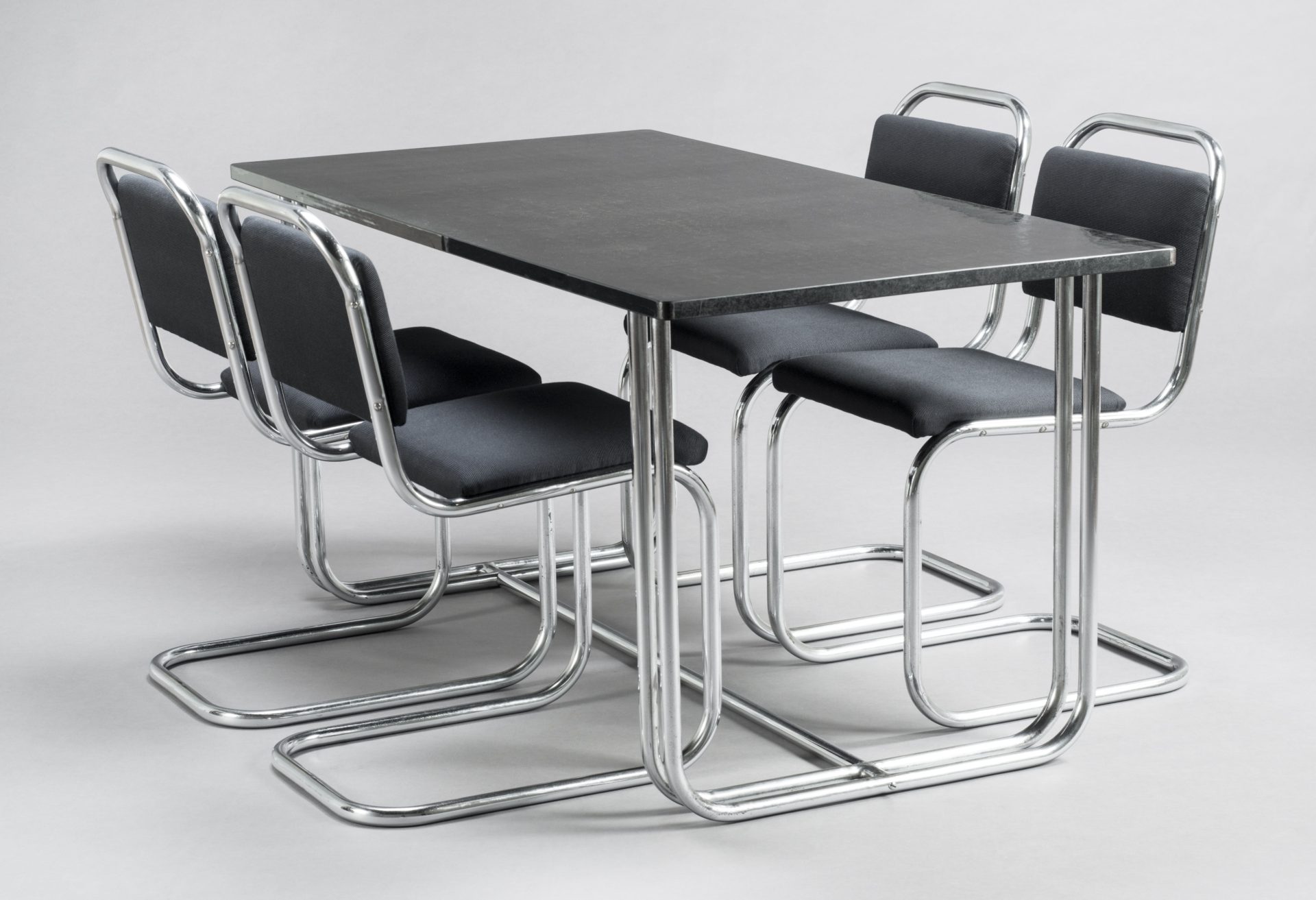 The Montreal Museum of Fine Arts, the Liliane and David M. Stewart Collection, gift of Victoria Barr from the Estate of Mr. and Mrs. Alfred H. Barr Jr., D88.139.1–5*

Alfred Barr bought this dining table and four chairs around 1931 for the East 52nd Street apartment. This set was purchased from the Park Avenue showroom of the Ypsilanti Reed Furniture Company, a Michigan manufacturer of rattan furniture.

The novelty is that American designer Donald Deskey persuaded Ypsilanti Reed to use its equipment for bending tubes of steel instead of tubes of rattan. Barr had seen this furniture style created by architects Marcel Breuer and Mies van der Rohe on his visits to Germany.

Later, mass-produced tubular-steel furniture quickly rose in popularity with the public in the 1930s and 1940s, as it was inexpensive, modern, durable, and easy to maintain. It is still popular today, from common kitchen furniture to top-of-the-line pieces made by Knoll.