The 1930 Stockholm Exhibition was influential on the modern functional style that was promoted by the two lead architects, Erik Gunnar Asplund and Sigurd Lewerentz. Visiting the exhibition in 1930, Philip Johnson described Asplund’s work as “pre-modern or half-modern.”

Still the fair was effective in promoting the benefits of modernism and encouraging the Swedish public to accept functionalism, standardization, and mass-production techniques. The exhibition featured Swedish artists, craftsmen, and manufacturers, such as glass producer Orrefors Glasbruk.

This model apartment interior from the Stockholm exhibition was designed by Asplund and Sven Markelius. The two side chairs in the foreground were designed by Markelius, and another example is seen below. 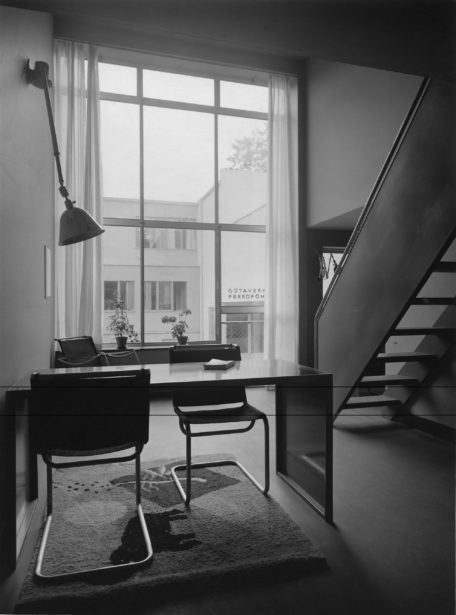 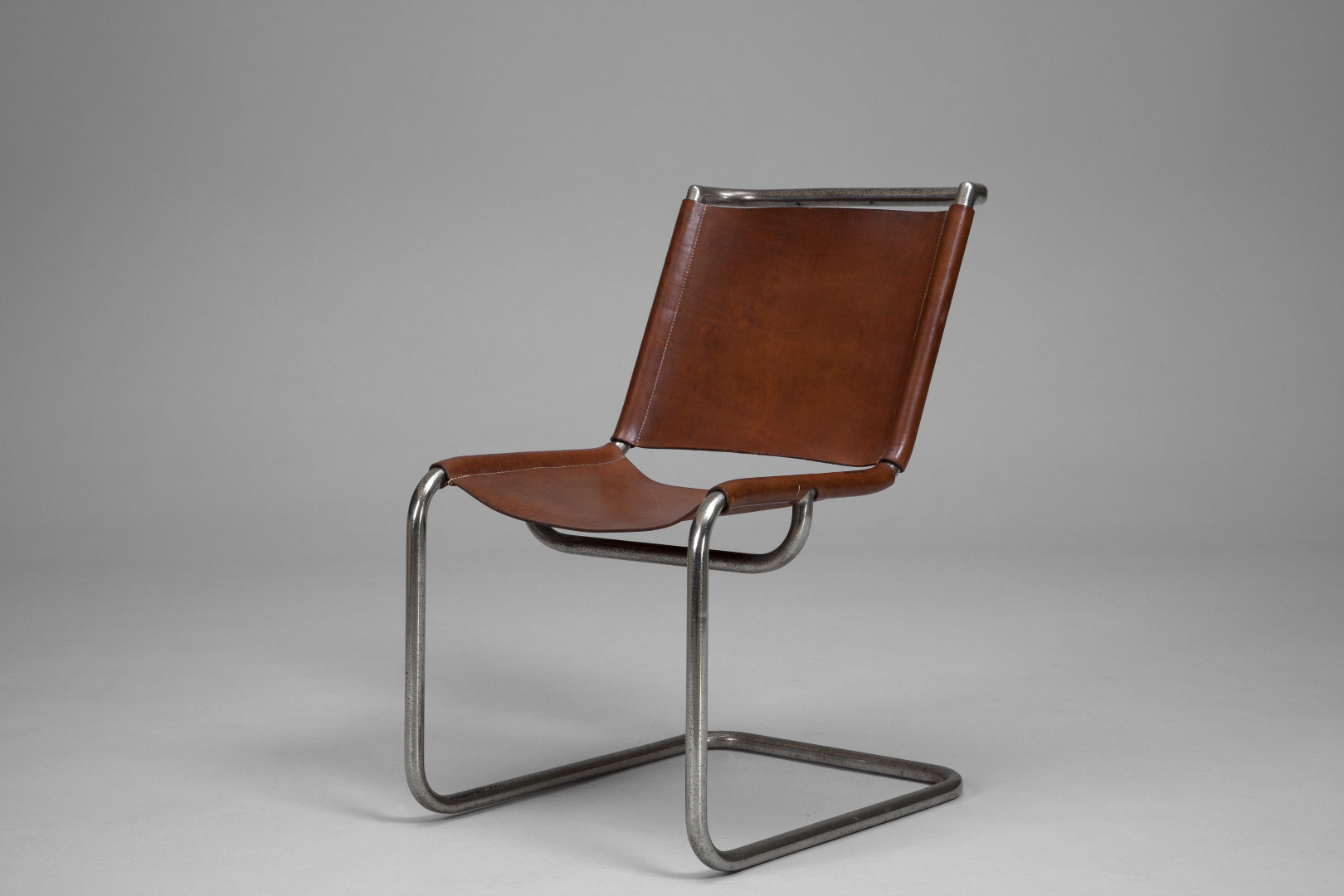